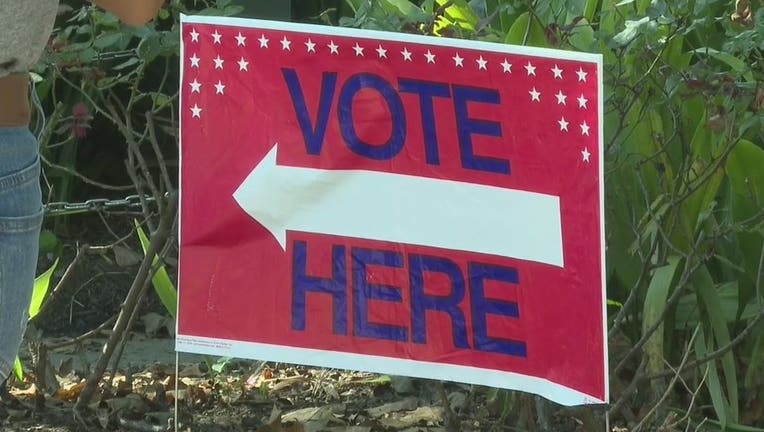 ATLANTA - They came by the thousands to vote early, descendants of slaves, children of the civil rights era and other Georgians standing in line for hours when all could have been somewhere else.

Yet in a year when issues including prejudice, racial justice and voter suppression are at the forefront, the Black voters saw giving up time to cast a ballot for the next U.S. president as worth the trade - even early in the voting process and during a pandemic that made merely going to a polling place a risky act.

Still waiting three hours after she showed up to vote in Savannah on Wednesday, Khani Morgan, 75, wasn’t taking any chances with her health months after suffering a stroke: she wore a mask and a plastic shield that covered her entire face.

But Morgan said the importance of voting was drilled into her as a girl by great-grandmother Sally Williams, who was born a slave in 1850 and lived to be more than 100. Morgan felt compelled to vote early to register her support for Democrat Joe Biden over President Donald Trump.

“I won’t let anything get in the way of me and this opportunity,” said Morgan, who coordinates an adult literacy program.

The willingness of many Black voters to queue up instead of coming back another day is a measure of their determination and their skepticism about the system. Those in Georgia acknowledged they could have voted by mail or returned to a polling place at a different time; but with no expectation of voting becoming easier in the weeks to come, they saw waiting as a necessary step to ensure their votes get counted. 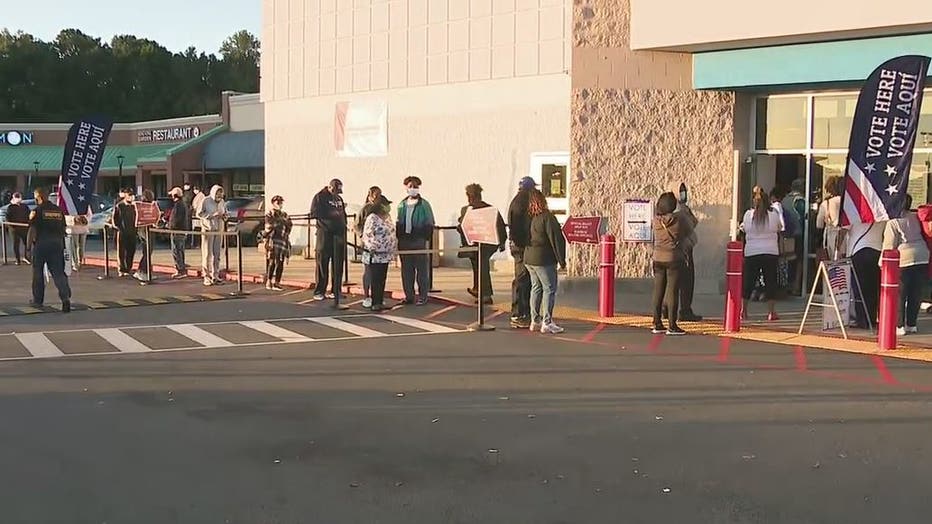 Born during a pivotal year of the civil rights movement, when Black people were still fighting for the right to vote across the South, 56-year-old Donovan Stewart put on sweatpants and sneakers for comfort and prepared to wait as long as needed to vote in the Atlanta suburb of Duluth.

“Many individuals went through a lot, suffered a lot for this opportunity,” Stewart, a military retiree, said. “So I could stand in line for four hours to do my civic duty. That’s what we’re called to do, to vote and try to make a change.”

Early voters have waited in long lines in other states, including Texas, Kentucky and Tennessee. But in Georgia, which is viewed as more of a contested state than in the past, elections have drawn heightened attention in recent years.

That’s been the case particularly since 2018, when Republican Brian Kemp defeated Democrat Stacey Abrams in a close gubernatorial contest that was plagued by long waits and allegations of voter suppression.

Long lines caused in part by equipment problems marred the state’s June primary, and concerns about voter disenfranchisement have resulted in a flood of election-related lawsuits seeking quick-fixes before the November election as well as broader, long-term changes to the voting system, but officials have defended Georgia’s system.

“If you look at those lines, they look like they’re long, but everyone is spaced 6 feet out on center, and that just makes your lines look a whole lot longer,” he said during a news conference at the Capitol. 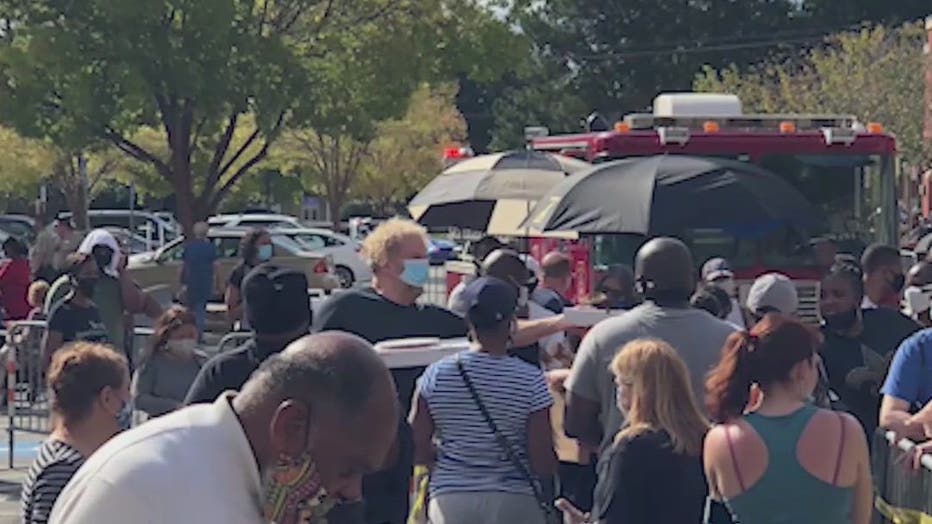 Many Georgia voters said they decided to vote near the beginning of early voting rather than wait until closer to Election Day since long lines seem a given this year. Voting has been heavy in both Democratic-leaning precincts and Republican strongholds.

Stephanie Loftin, 48, backed up her desire to see change in Washington by taking about four hours to vote in person near Atlanta. While absentee voting would have allowed her to avoid a line and stay off her creaky knees, Loftin didn’t feel comfortable with the idea of mailing her ballot or dropping it into a collection box.

“I just don’t really trust the system, to say the least,” she said. “I feel that me standing in line and actually making sure my ballot it is in makes me feel better, makes me rest better at night.”

Unable to find the end of the long line during her first try at early voting on Monday, Michelle Lynch tried again on Wednesday and took a selfie while displaying her “I voted” sticker after she succeeded. No fan of Trump, Lynch voted for Biden and plans to share her story in years to come.

“I want to be able to tell my grandchildren that I was part of voting in this election,” she said. “Our ancestors fought so hard for the vote and that was a moment then, and I feel like this is a moment now.”

In Marietta, Georgia, Alexus Daniels, 26, was not deterred by long lines at a main polling place where the fencing used to weave people back and forth resembled the mazes used in amusement parks and airport security check points.

“Our country’s just a hot mess now, so I had to come out, I’ve to make my voice heard,” Daniels said as she waited her turn in the city just northwest of Atlanta.

Back in Savannah, Crystal Clark arrived at the polls prepared for a long wait in line while wearing a mask for virus protection and carrying a folding stool for rest and a multicolored umbrella for shade.

Still unsure why she was dropped from voting rolls two years ago, Clark decided to vote early in person after the mail-in ballot she requested in early September never arrived. Clark, who sells real estate, said she’s more protective than ever of her right to vote, and going to the precinct was worth the risk and trouble.

“I guess it’s insurance that my vote is going to count,” she said.