ATLANTA - The Atlanta City Council moved one step closer to marking one of the city’s darker chapters in its history.

The council approved placing historical markers memorializing the "1906 Atlanta Race Massacre." The placards would be place at the corner of at 112 Courtland Street NE and 35 Gammon Avenue SE.

The violence happened over two days starting on Sept. 22, 1906 and claimed the lives of more than 25 Black people. Mobs of white people attacked African-Americans starting Downtown Atlanta and moved into the Sweet Auburn district. 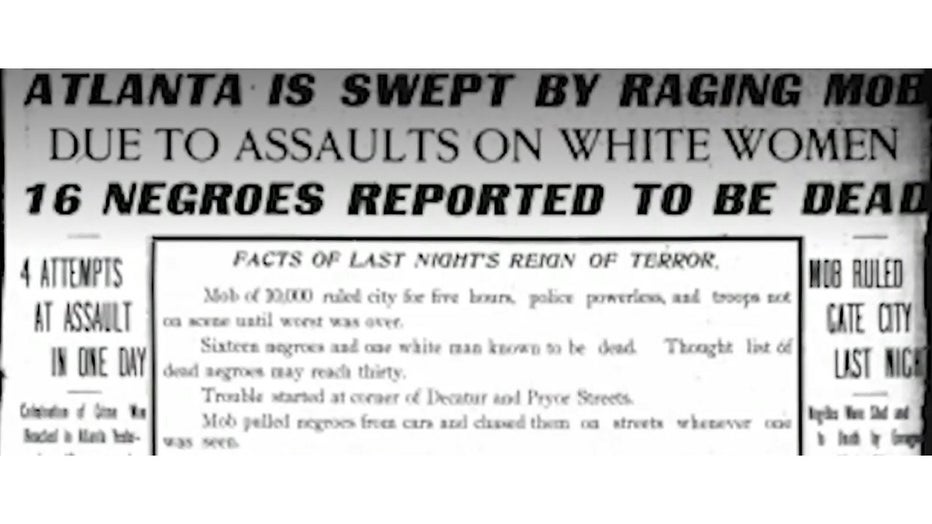 Newspaper headlines from that time said the riots were in response to violence from Black people, although history proves innocent, prosperous Black homeowners lost their lives and much of the accused violence were unfounded.

The Fulton Remembrance Coalition marked the 115th anniversary this past fall with multiple events including an art exhibit.

The markers will be paid for by the Equal Justice Initiative.

Also on Monday, the council also approved the preliminary engineering design and cost estimate for a Vietnam War monument.

Of the more than 1,600 service men from Georgia who lost their lives in the conflict, 128 were from Atlanta.

The "Sons of Atlanta" Vietnam War Memorial would be established to honor those men.