With SKYFOX Drone, the convoy of restoration trucks outside the office of Peachtree Oral and Facial Surgery on Peachtree Parkway can be seen. The roof damaged didn’t look too extensive from the air, but where the pine tree’s limbs punctured several holes in the roof can be seen. 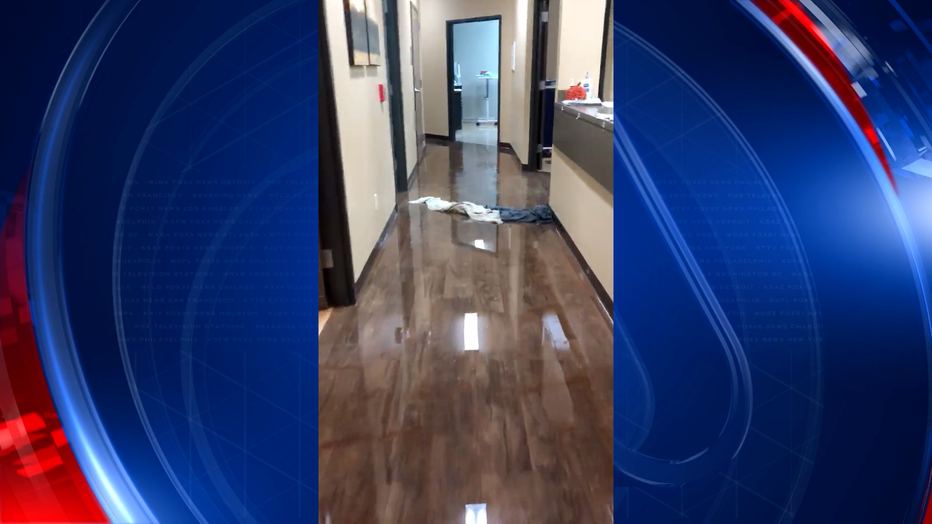 A staff member of Dr. Paul Anderson shot a video of the flooding caused by a broken fire sprinkler pipe. Dr. Anderson said he was just finishing a procedure in a room when the tree hit the building and was able to get the patient to safety before a high-pressure jet of water unleashed on the chair below.

“We were fortunate at the time that it was just before lunch and the office was almost empty,” said Dr. Paul Anderson of Peachtree Oral and Facial Surgery. 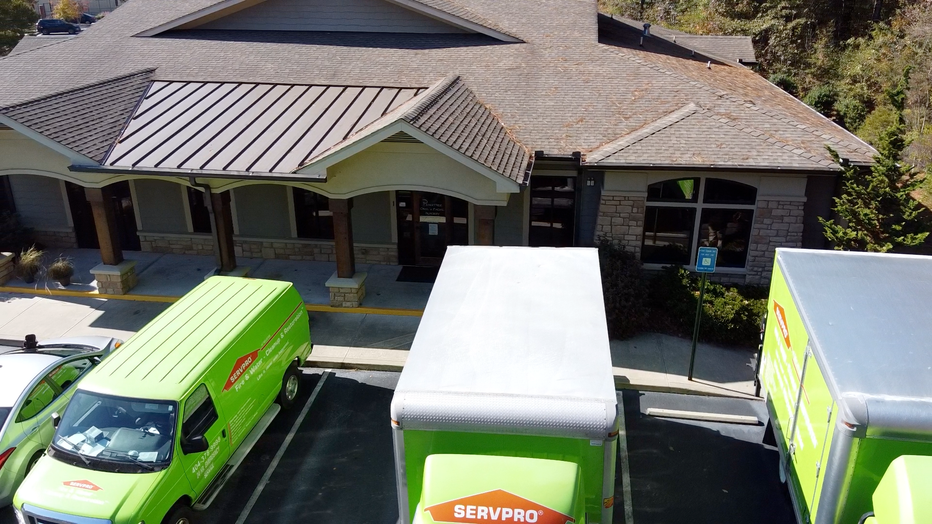 Dr. Anderson and his staff moved everyone to safety. He says the water flooded the offices causing extensive damage.

“It would have been much worse if it had happened at night,” Dr. Anderson said. “We are probably going to be closed for 3 or 4 days.” 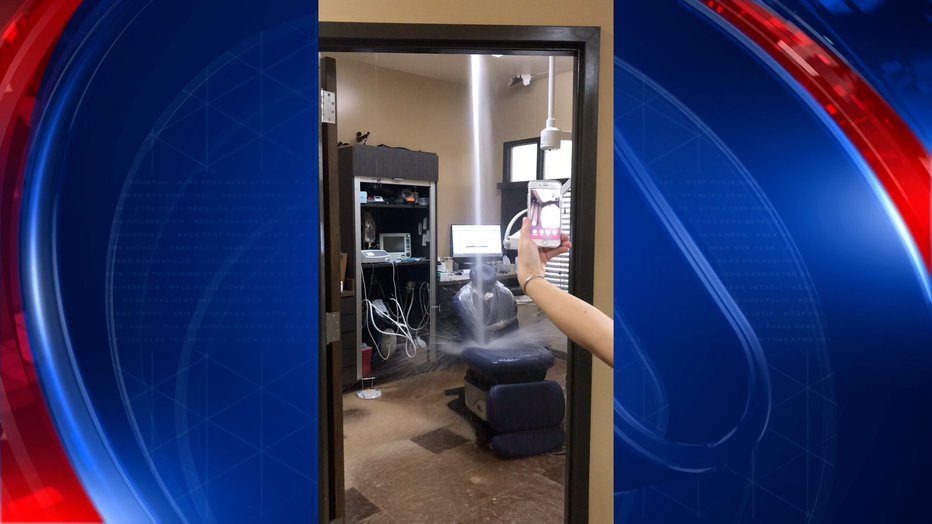 Dr. Anderson walked back into the woods behind his office, checking out the rest of the pines back there to make sure they are healthy and not a danger after Tuesday’s high winds.

The National Weather Service told FOX 5 that the sustained winds in Peachtree City for a time were 25 mph and the highest recorded wind gust was around 36 mph. So, that’s more than cable of toppling trees, especially with the wet soil.