ATLANTA - Atlanta Hawks principal owner, Tony Ressler, is speaking out following the recent protests in Atlanta and throughout the nation.

Ressler released the following statement via the Hawks official website:

"This is a time when all of us need to focus on this critical and all too pervasive human issue - systemic racism. To be as blunt as possible on this topic of dignity, decency and progress, I emphatically believe that you are either part of the solution or you are the problem. Black lives matter. There is no in-between. We, as an organization and part of the Atlanta community, are determined to be a part of the solution.

"Jami and I believe that as the owners of a professional sports franchise in the great city of Atlanta, we have a responsibility to take a stand and devote our resources to supporting programming and causes that bring about the most impactful changes possible. The continuing effects of centuries of racism and prejudice are massive. The inequities are plain to see in how certain communities are unjustly policed, the staggering incarceration rate and the financial disparities among different races. We are keenly aware that these are longstanding, complex issues that have no instant cures.

However, I am proud of the step our organization took today and can promise that our franchise will continue taking the steps and supporting the causes that lead to a more tolerant, anti-racist society.” 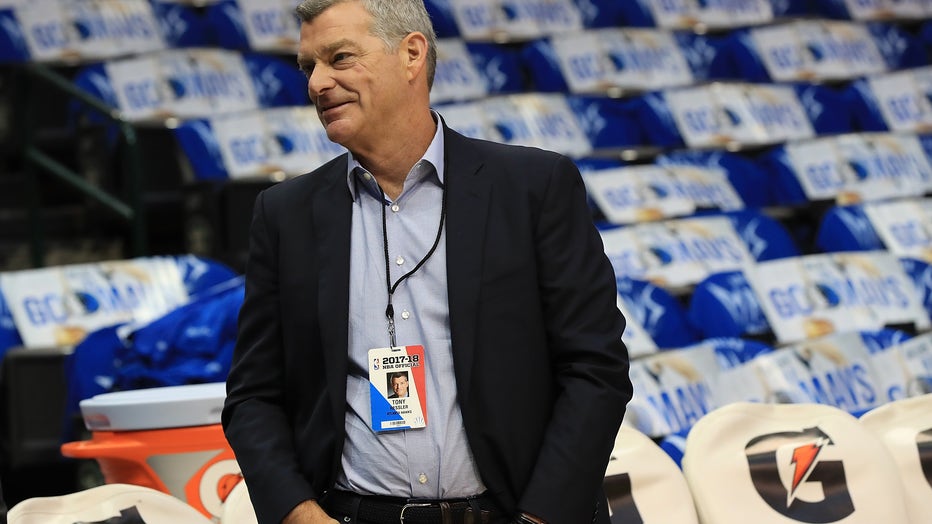 DALLAS, TX - OCTOBER 18: Tony Ressler, owner of the Atlanta Hawks before a game against the Dallas Mavericks at American Airlines Center on October 18, 2017. (Photo by Ronald Martinez/Getty Images)

The Hawks season officially ended when the NBA's Board of Governors approved a 22-team format for restarting the league season next month at the Disney campus near Orlando, Florida.

The vote was 29-1, with Portland casting the dissenting vote, said a person with knowledge of the situation. The person spoke to The Associated Press on condition of anonymity because the league did not publicly release voting details. The National Basketball Players Association has scheduled a meeting for Friday to vote on the plan.

Teams would arrive at Disney around July 7 and play an eight-game slate of games starting July 31 at the ESPN Wide World Of Sports complex. All teams will stay, practice and play at Disney and the NBA Finals — which would have started Thursday if not for the coronavirus pandemic that caused the NBA to suspend its season on March 11 — will likely stretch into October.