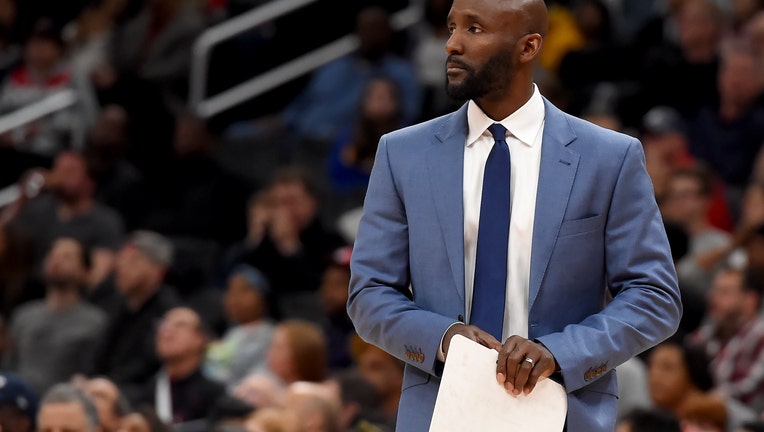 Head coach Lloyd Pierce of the Atlanta Hawks looks on during the first half against the Washington Wizards at Capital One Arena on March 06, 2020 in Washington, (Photo by Will Newton/Getty Images)

ATLANTA - Continuing his pledge to work toward social and racial justice, Atlanta Hawks coach Lloyd Pierce and his wife Melissa will match up to $15,000 in donations to the Georgia Innocence Project.

The Pierces’ pledge applies to any donations made Friday in honor of Wrongful Conviction Day.

Pierce became one of the NBA’s most outspoken advocates in the midst of nationwide protests over the death of George Floyd while in police custody. He plans to keep up his off-the-court efforts even as he looks ahead to his third season as the Hawks coach.

“Someone needs to take the reins and speak up,” Pierce said on a conference call after the Hawks wrapped up a two-week minicamp.

“I know I have the ability to raise awareness. What I’m also trying to do is partner with groups and organizations and leaders who’ve been addressing these issues and have the education on what to do next.”