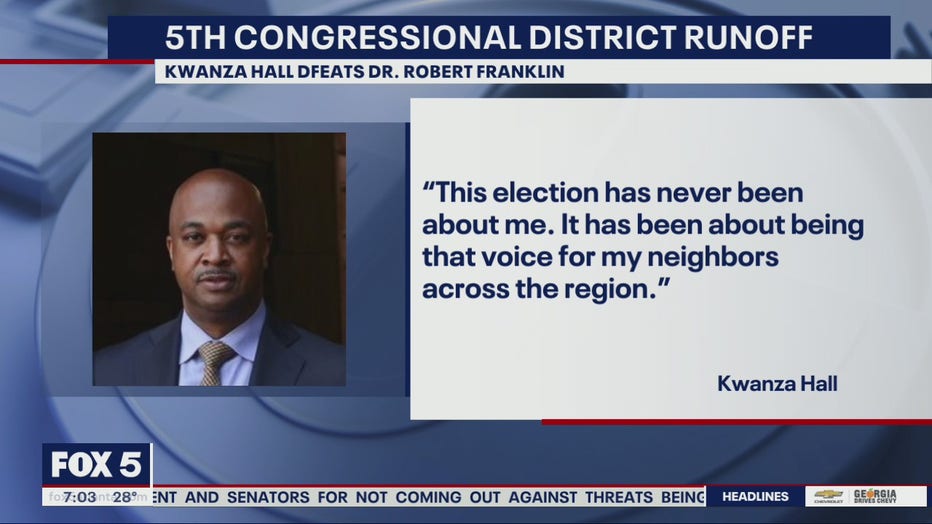 “I am humbled, truly humbled to earn this privilege. My father, Leon Hall, and John Lewis worked for and with Dr. King and so many other leaders of the Civil Rights Movement to bring equity and justice to our country. This win tonight allows me to continue that fight and to work every day of this term for issues like COVID-19 relief, criminal justice reform, protecting the right to vote, finding money for affordable housing, for the legalization of cannabis and, if it has been decided by the time I get to DC, for a stimulus package to keep residents of the 5th District in their homes and the doors of small businesses open,” said Hall. “This election has never been about me. It has been about being that voice for my neighbors across the region.”

Hall, a Democrat and former member of the Atlanta Public School board and former Atlanta City Councilman, will be sworn in shortly after the vote is certified and will be eligible to vote on key issues.

Hall will hold the seat for just a few weeks. U.S. Representative-elect Nikema Williams will begin her full two-year term in January.