Nearby schools were placed on soft lock down at the start of the police investigation.

GWINNETT COUNTY, Ga. - Police in Gwinnett County are searching for the gunman wanted in connection to a deadly shooting in the parking lot of a motel off Stone Mountain Highway on Wednesday. That shooting and manhunt put several nearby schools on lockdown.

It happened at a motel in the 4300 block of Stone Mountain Highway near the Ross Road intersection. Gwinnett County police said officers were called out around 11:20 a.m. after receiving calls of a person shot. 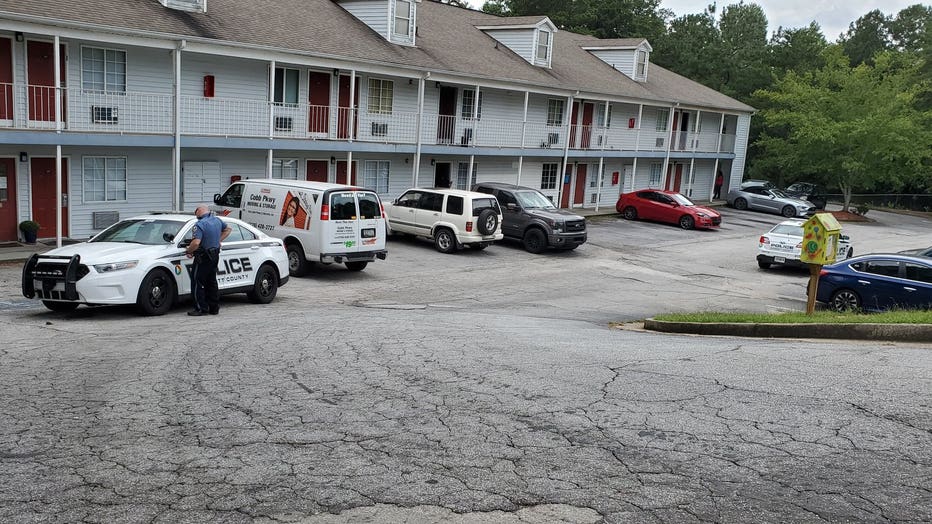 SKYFOX 5 flew over the scene of the HomeStay Suites, where the shooting took place and saw police surrounding an area of the parking lot. Investigators appeared to be combing over the scene for clues.

Police said officers found a man dead in the parking lot. His name has not been released.

Witnesses told investigators they saw the victim in an argument with another man before being shot.

Police said witnesses described the shooter as being 5-feet-11-inches tall, weighing about 200 pounds, with dreads or short dreads. He was last seen wearing plaid shorts and a green shirt or no shirt.

Officers swarmed the area and set up a perimeter and search area. K-9 officers were brought in to assist in the search for the gunman. 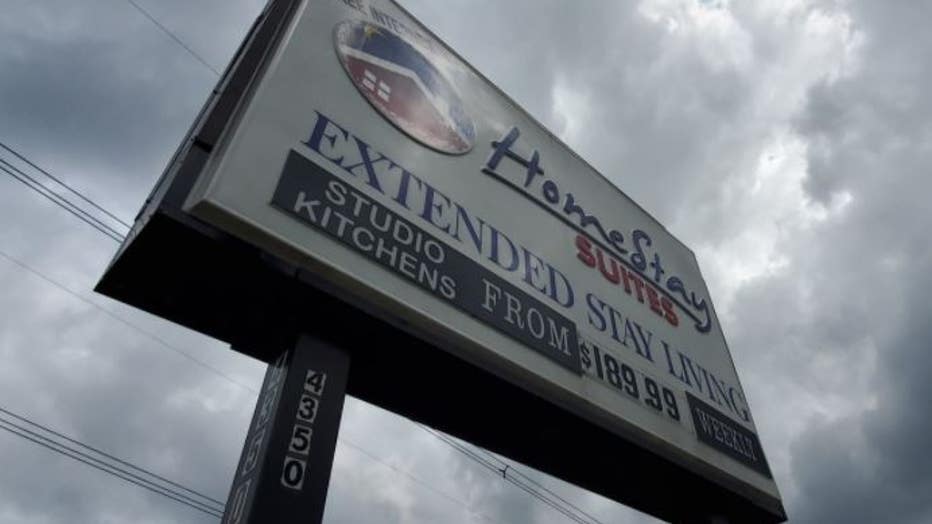 Three Gwinnett County public schools were placed on a soft lockdown. Shiloh Elementary School, Shiloh Middle School, and Shiloh High School, which are located less than a mile away from the crime scene down Ross Road, were under a heightened alert while police performed an active search of the area.

The students were eventually released after being held at school and no incidents were reported on campus, school officials confirmed. 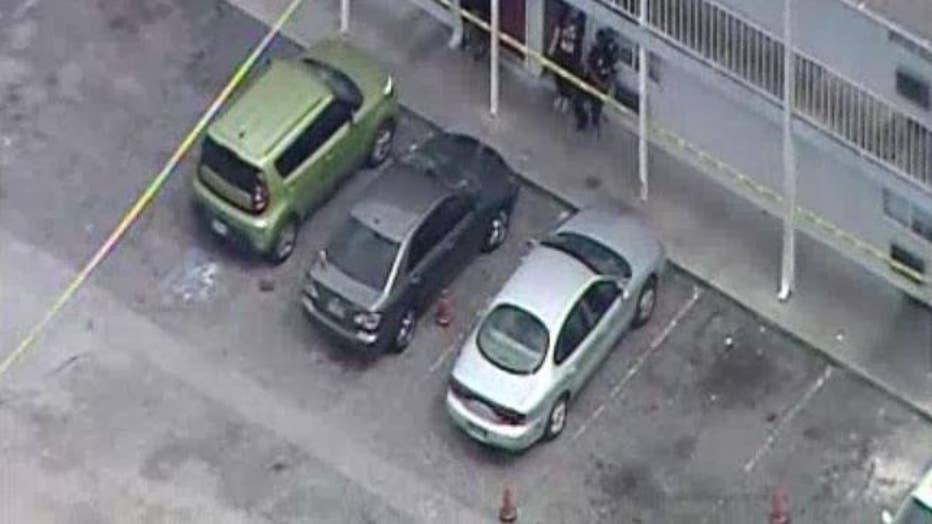 Investigators are trying to piece together a timeline and unravel a motive behind the deadly shooting.

Police are hoping nearby surveillance video caught the suspect on camera. 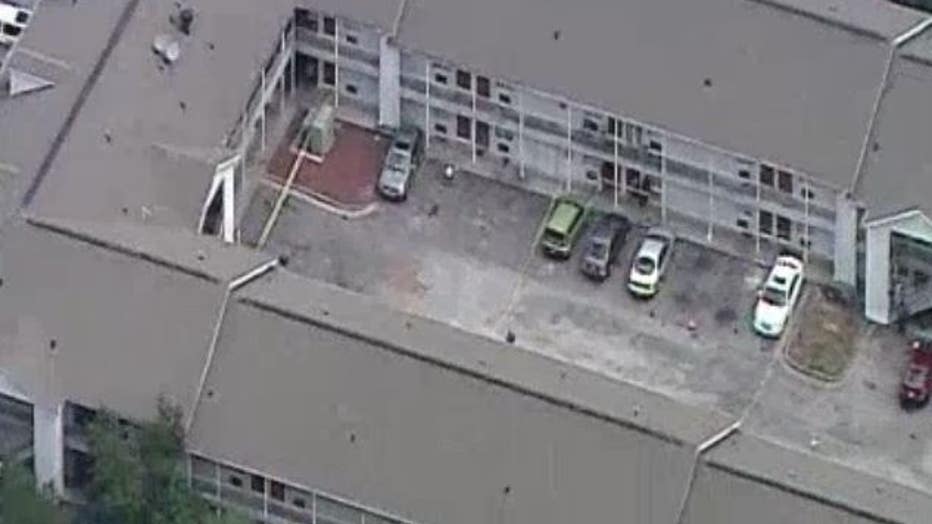