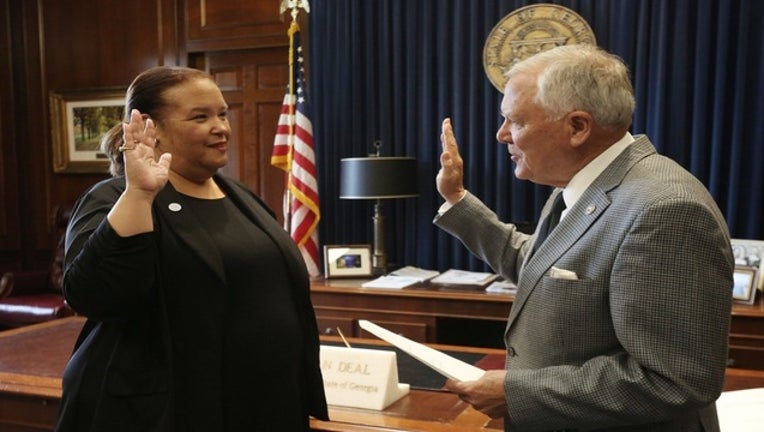 Department of Human Services Commissioner, Robyn Crittenden took the oath of office at the state capitol.

Kemp announced his resignation was effective as of 11:59 a.m. on Thursday at a joint news conference with Governor Nathan Deal where the two discussed the transition process to the Governor's office.

The announcement comes after a tight race between Kemp and Abrams where Kemp faced numerous inquiries into his practices while overseeing an election where his name was at the top of the ticket.

Democratic opponent Stacey Abrams has not conceded the race, and her campaign believes there are enough uncounted ballots to force Kemp into a runoff.

Kemp defended the integrity of the election at Thursday's press conference, and on Wednesday declared victory in the race to be Georgia's 83rd Governor.

Crittenden has held her position with the Department of Human Services since July 2015. She previously served in the executive leadership of the Georgia Student Finance Commission. She will now serve as Secretary of State for the remainder of Kemp's term.

Crittenden graduated from Yale University and went on to earn her law degree from the University of Michigan School of Law.