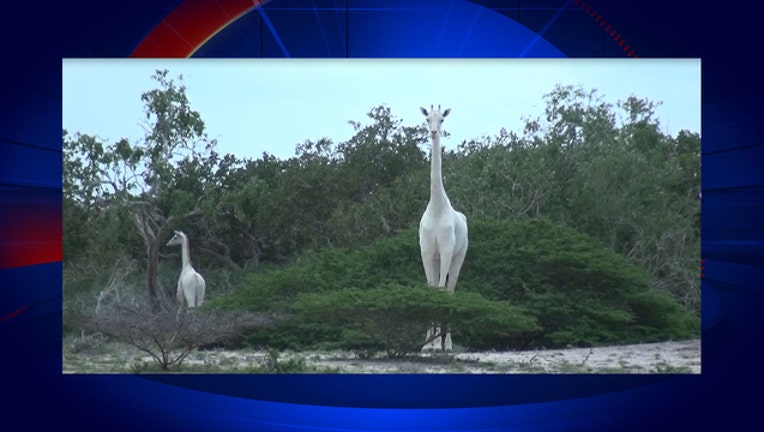 Kenya (FOX NEWS) - A pair of rare white giraffes were spotted in Kenya and captured on film for the first time ever.

The giraffes, a mother and its child, have white skin due to a condition known as leucism. The condition prevents pigmentation in skin cells and causes skin to turn white and pale.

The giraffes were filmed walking around the Ishaqbini Hirola Conservacy in Kenya's Garissa county. Several times during the video, the mother giraffe appears to recognize she is being filmed and looks directly at the camera.

In a blog post, Hirola Conservancy said this was the first time the white giraffes had been spotted by a number of its community rangers. The post also noted that the giraffes were first reported by a local villager.