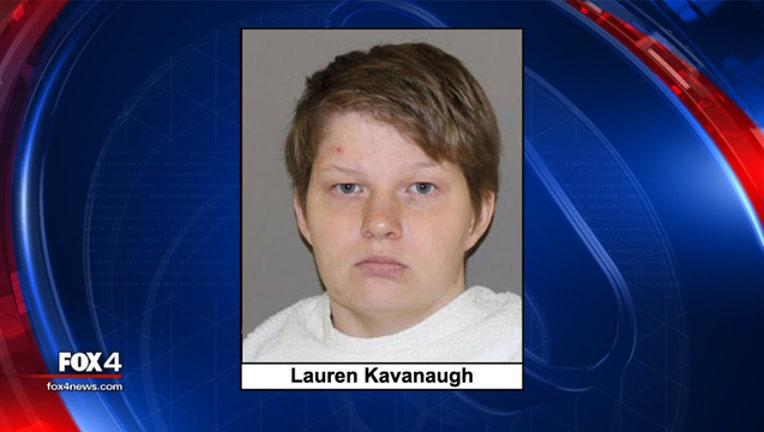 A woman known as “The Girl in the Closet” was arrested Monday by Lewisville police on charges of sexual assault of a child.

Police said in a statement that a 14-year-old girl had been sexually assaulted by a person ID’d as Lauren Kavanaugh over two months. Kavanaugh endured years of physical and sexual abuse by her family in the late 1990s through 2001 and was kept in a closet inside the family trailer. She was finally freed at age 8 and weighed about 25 pounds when she was located.

“During the investigation into the suspect, Detectives were able to confirm that the suspect, Lauren Kavanaugh, was in fact the same person who was also a victim of abuse and sexual assault and who’s story made national news, commonly referred to as ‘The Girl in the Closet,’” Lewisville police said in a statement released Wednesday night.

Detectives believe Kavanaugh connected with the 14-year-old via a Facebook account she runs to offer help for other abuse victims. Kavanaugh admitted to a sexual relationship with the young girl in an interview with police.

Kenneth and Barbara Atkinson were sentenced to life in prison for Kavanaugh’s abuse.

Within months of her rescue, prosecutors said Kavanaugh was already physically recovering in the care of her adoptive parents, but would face a lifetime of emotional scars.

Dr. Susan Fletcher, a licensed psychologist who has not treated Kavanaugh, said it’s uncommon for an abuse victim to continue the cycle of violence.

“What we know from the research is that someone who has experienced trauma, unless they get proper help, that there is a higher risk that they too may be someone who imposes trauma on someone else,” Fletcher said. “It’s hard to really questions someone's intentions because even if their intentions were good what we know is her behavior was bad. What happens is she took advantage of someone. That was the avenue where she had access to people.”

Kavanaugh was arrested and charged with sexual assault of a child and remains held in the Denton County Jail as of Wednesday night on a $10,000 bond.

Police said there could be more victims and ask for anyone with information to contact them at 972-219-TIPS (8477).