A five-year-old girl was almost inconsolable on Sept. 20, 2021, after concluding that her mom was an alien due to an image printed on her passport. Credit: Shaakira Brandon via Storyful

HOUSTON - A young girl was brought to tears after finding her mother’s passport and concluding that her mom was actually an alien due to the image of a planet printed on the inside of the documentation.

Shaakira Brandon posted a video on Sept. 20 of her 5-year-old daughter, Nala-Joye, crying over the passport at their home in Houston, Texas. The image that left the girl distraught is of planet Earth, apparently a reaction after having watched the film "Men in Black."

"My daughter found my passport today & she thought it was paperwork to show I’m an alien," Brandon wrote on Twitter. "Shoulda never let her watch (‘Men in Black’)."

In the series of science-fiction comedy films, Tommy Lee Jones and Will Smith star as two agents of a secret organization called the "Men in Black," who monitor extraterrestrials living on Earth and hide their existence from humans.

"Why are you crying?" Brandon can be heard asking Nala-Joye in the video, who replies by opening up the passport to the page with the planet image.

"And what do you think that means?" Brandon asks her.

"You’re an alien!" Nala-Joye says through tears. Her mother then tries to explain the images in the passport to her daughter in an effort to put her mind at ease. 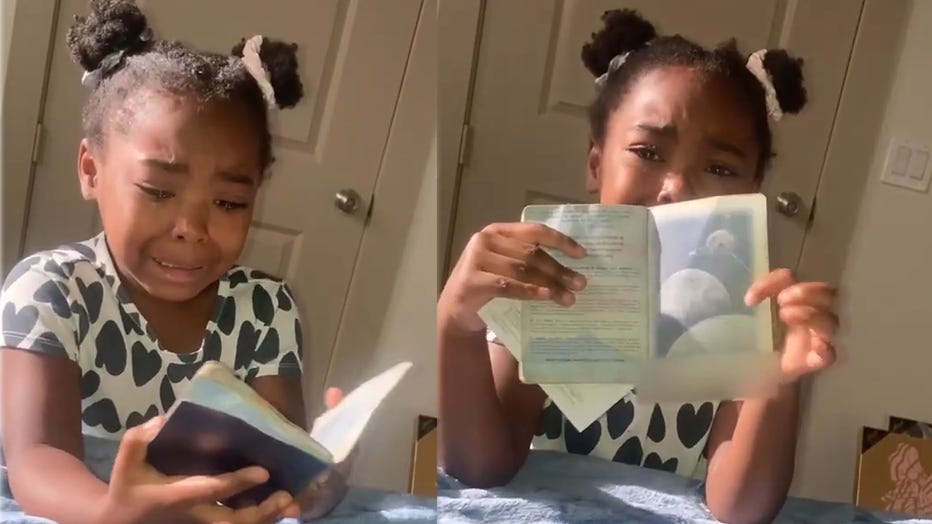 The 5-year-old girl is pictured in screengrabs from her mom’s video recorded on Sept. 20, 2021, in Houston, Texas. (Credit: Shaakira Brandon via Storyful)

The Twitter video has since amassed more than 2.7 million views, including one from Ed Soloman, the screenwriter of the first 1997 "Men in Black" film.

"My bad," Solomon wrote in response to the video. "I’m sorry."