A lawsuit has been filed against the Georgia Department of Labor over slow unemployment claim responses.

ATLANTA - Several Georgians are planning to take the Georgia Department of Labor to court.

They're suing the agency and its commissioner over "extreme delays" in the unemployment claims process.

There are six residents named in the suit.

Their attorneys said some have been waiting between four to nine months just to see if they are eligible for unemployment benefits.

The lawsuit claims Commissioner Mark Butler failed to 'promptly' respond to their requests for assistance.

"I never got any kind of email or letter with a determination," Plaintiff Lisa English told FOX 5 News.

"I've called, emailed minimum two, three times a week if not every day," she explained.

The Rockdale County resident said she was initially out of work for eight weeks before her employer fired her soon after.

"Going without working for eight weeks really set me back enough to where I could no longer afford where I was living. I ended up moving into a very small apartment with a friend of mine," English mentioned.

The 20-page lawsuit points to three types of delays: determining eligibility, paying benefits, and setting appeal hearings for the plaintiffs.

"Lots of people like you mentioned have been evicted, in danger eviction, have moved out, and are homeless now," Miriam Gutman, an attorney with the Atlanta Legal Aid Society, said. "We have people who can't pay for medical bills or prescriptions."

Attorneys explained that under Georgia law, the GDOL and its commissioner have a duty to "promptly" make a decision regarding benefits. 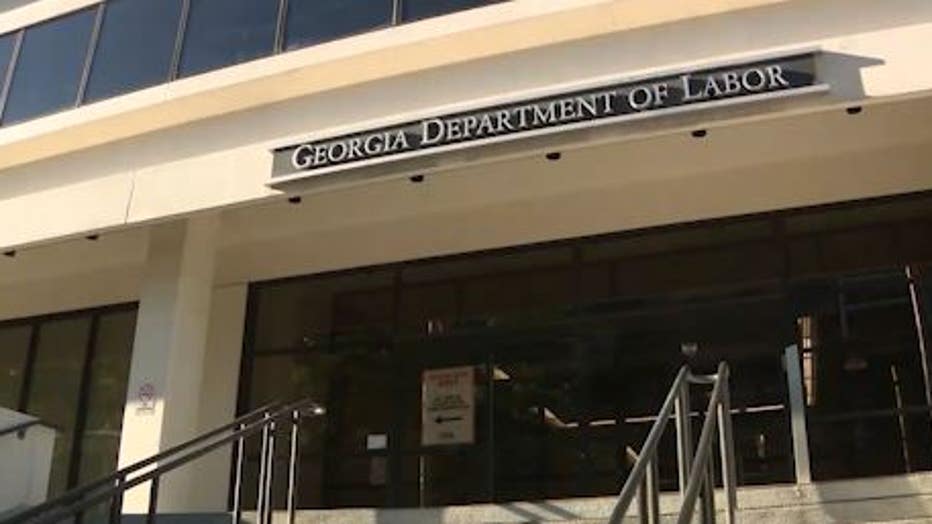 A labor spokesperson said they cannot comment on the lawsuit because they haven't received it yet.

At the beginning of the pandemic, the department had a backlog of nearly 1 million claims to process.

The only backlog now are the ones that must go through the adjudication process.

FOX 5 spoke with the commissioner in late December about the unemployment claims process.

"You could have a multitude of reasons why someone is waiting but the majority of the ones we are seeing right now, and the one that were presenting on Monday at this so-called hearing, all of those were either quits or fires or just plain not eligible," the commissioner explained.

The attorneys said they are waiting for the Fulton County Superior Court to approve the lawsuit before they can take further legal action.