A woman received a mysterious package from China with strange pills inside.

LITHONIA, Ga. - A Lithonia woman is speaking out after she said she received a mysterious package of what appeared to be pills or some type of chalky white tablets.

This comes just days after residents around the country reported receiving bizarre shipments that they never ordered, arriving all the way from China,

“My hands were shaking,” said the woman who wanted to remain anonymous. “I was very nervous about these white tablets.”

Inside, she found what appeared to be white pills or chalk-like tablets. The only clue was on the outside of the package where it was marked as “detergent.” And even though she said she never ordered any detergent, the sender knew exactly who they were sending it because it had her name, address, and phone number on the outside.

According to the drug enforcement administration, residents should immediately report this type of package to the local authorities.

FOX 5 was there when the woman called to report the unknown substance to DeKalb County authorities. 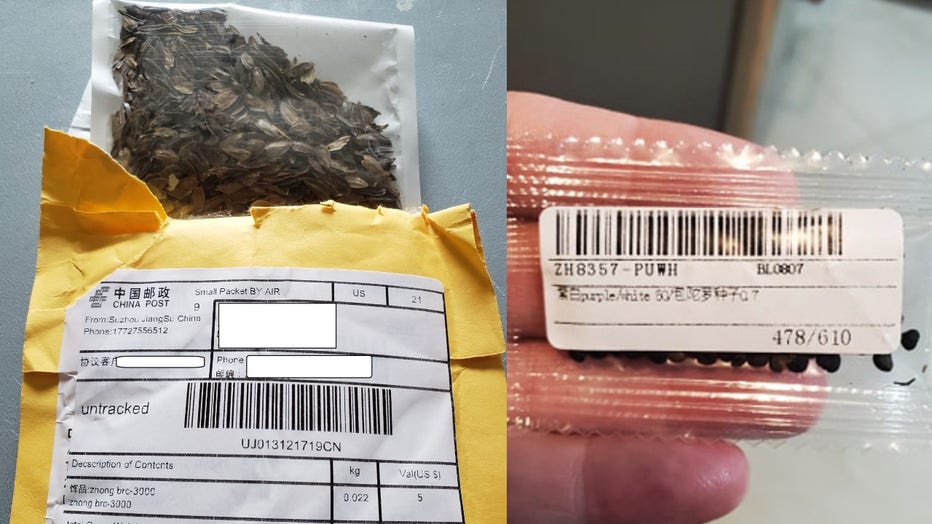 If you receive a package with seeds like these, officials say you should not open them. (Georgia Department of Agriculture)

According to the label, it was sent via the U.S. Post Office. This comes within days of nationwide reports of other mysterious USPS packages being delivered from China. FOX 5 spoke to one metro Atlanta resident last week who is among several residents to receive seeds in the mail that they never ordered.

“I just had this uneasy feeling about the mysterious package,” said the woman.

It’s unclear if those incidents are related to this one but the coincidence is chilling.

“It was so spooky, I alerted my friends and family to be on the lookout,” said the woman.

If you receive any unsolicited seeds in the mail from China or any other country, please call the Georgia Department of Agriculture Seed Lab at 229-386-3145 or email SeedLab@agr.georgia.gov.