Raphael Warnock and Kelly Loeffler advanced to a runoff election on January 5.

ATLANTA - Having clinched a spot in the runoff Tuesday night, Reverend Raphael Warnock is now vying to become the first Democrat elected to the U.S. Senate from Georgia in two decades.

Republican Sen. Kelly Loeffler was appointed by Gov. Brian Kemp to fill the vacant seat last December. She now faces Warnock in the January 5 runoff election, after successfully fending off a challenge from Republican U.S. Rep. Doug Collins in the special primary. 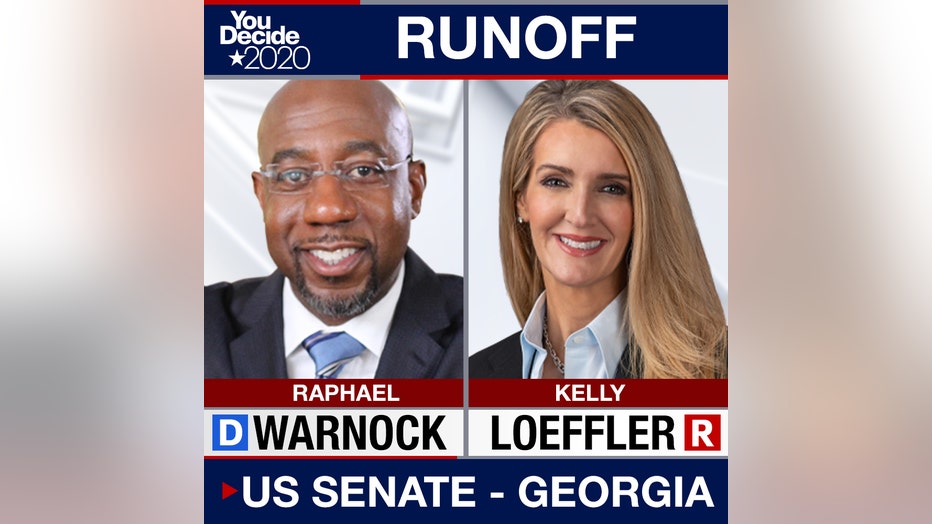 "If this senate seat comes down to control of the U.S. Senate, we are going to see hundreds and hundreds of millions of dollars spent with TV ads, digital, ground games," said Johnson.

Republicans have won the last two Senate runoffs in Georgia. Collins endorsed Loeffler after conceding the race Tuesday night and Robinson predicts Georgia Republicans will unite behind Loeffler to send her back to Washington.

"I think Republicans overperformed here given where the demographics are in the state right now, and I think alot of it is a reaction to the leftward lurch of the national Democratic Party," Robinson said. "That is going to be something Warnock has to deal with in this runoff."

But Johnson points to Warnock's strong performance in the primary, as evidence he  can flip the seat for the democrats.

"He ran a campaign that was very appealing, not just to the base but also independent voters in the state, and now what is going to happen is he is going to have to continue to define himself and his candidacy," said Johnson.