ATLANTA - Several cities have outright banned them, but now Georgia lawmakers must decide whether they also want to regulate e-scooters.

Members of the Senate Study Committee on Evaluating E-scooter and Other Innovative Mobility Options for Georgians held their second meeting at the State Capitol Tuesday and heard from stakeholders on both sides. 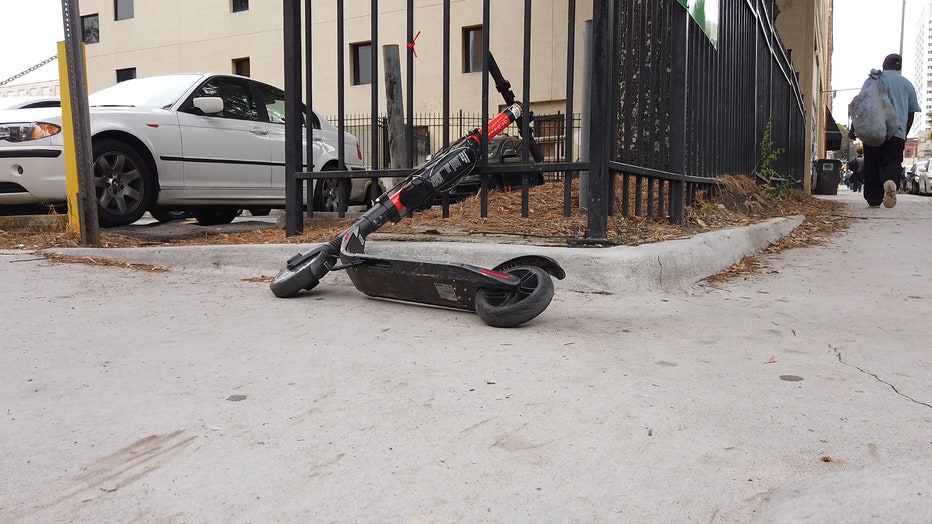 "Total scooters permitted is 12,700.  On a daily basis, we see about half that on the street," said Cary Bearn with the City of Atlanta.

Atlanta's City Council passed an ordinance in January 2019 limiting the number of companies and scooters allowed to operate within the city limits.  The ordinance also included a 15 mph speed limit and a nighttime ban from 9 p.m. to 4 a.m.

"Having that flexibility at a local level has allowed us to be really sort of proactive and reactive simultaneously to the challenges that we've been facing," Bearn explained.

While Atlanta has tried to embrace the technology, Athens-Clarke County, on the other hand, instituted a moratorium on e-scooters until at least June 4, 2020, citing safety and accessibility issues.

"While we talk about these devices being left on our sidewalks and on our right-of-way as a nuisance, we're very concerned that that's actually an ADA accessibility issue," said Sherrie Hines, an attorney for Athens-Clarke County.

The state may soon step in to help regulate e-scooters

Study committee Chairman Steve Gooch, R-Dahlonega, supports having scooters in our state because he sees them as an innovative way to improve the state's transportation issues.

"I believe it's providing a good solution at an affordable price to businesses, citizens, tourists and everyone alike," Sen. Gooch explained.  "But what I really like about it is it's not an expense of the government.  It's being paid for by the private sector and then citizens have the option to either ride the scooters or not.  What we have to come up with are some common-sense solutions to avoid some of the frustrations that we've heard."

Gooch said he understands the need for some local control but thinks lawmakers can come up with a way to balance local and state interests.

"There's hundreds of different local governments and so, when you leave one city jurisdiction and go into another, what are the rules?  How do they differ?  In an automobile or on a bicycle, the rules are statewide.  The rules of the road are established by the state and so this committee is looking at should we try to establish rules of the road for the scooter industry, but also still preserve that local control."

The study committee will hold its final meeting next month along the Beltline and will submit recommendations to the state by December 1.