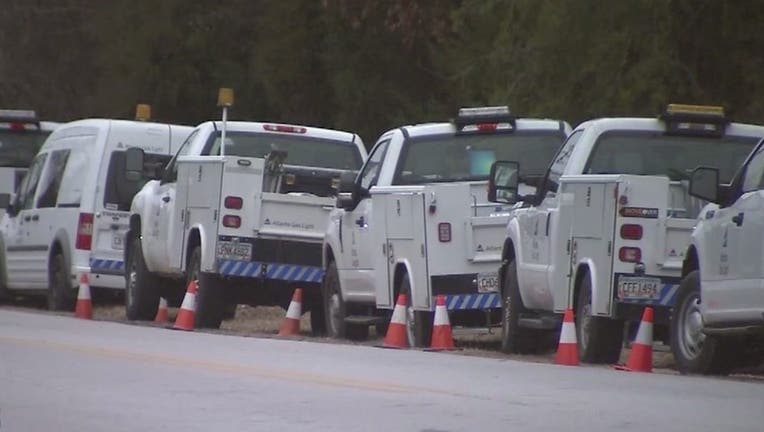 ATLANTA - Many natural gas customers across Georgia will be paying more after state regulators approved a rate increase.

The Georgia Public Service Commission voted 5-0 Thursday to allow Atlanta Gas Light to raise rates by a total of $65.3 million. That will add $2.54 to monthly gas bills for average residential customers.

The company originally asked for a $96 million increase, but Public Service Commission staff later recommended rates should fall by $42 million.

Commissioner Chuck Eaton, a Republican, argued Thursday that the company needs more money to pay for expanding service to accommodate a growing population, as well as better safety and customer service programs.

“People want to turn onto natural gas,” said Eaton, who made the proposal that was adopted. “It requires capital expenses that are not entirely offset by revenues that come from these customers.”

Eaton’s plan also includes $5 million for the company to meet most service requests within two days and offer more evening and some Saturday service appointments. The company is also supposed to respond to all leak reports within 25 minutes.

The commission rejected Atlanta Gas Light’s proposals to raise most charges for connecting and reconnecting to service.

Commissioners retained an automatic rate adjustment mechanism that critics say lets Atlanta Gas Light inflate costs, but capped at 5% how much the company could increase rates by under the system. The commission also mandated the company submit a long-range plan next year.

“Your cost estimates are inflated and unrealistic,” Commissioner Tricia Pridemore told the company. She said the rate increase included $15 million more than she wanted, but voted for it anyway, citing better safety and customer service.

The move comes two days after commissioners approved a $1.77 billion increase for Georgia Power Co. That company and Atlanta Gas Light are both units of Atlanta-based Southern Co.

Atlanta Gas Light’s service territory includes most of metro Atlanta and north Georgia, Macon, Augusta, Savannah, Brunswick and Valdosta. Some Georgians get their natural gas from government or other private utilities and won’t be affected by the increase.