ROME, Ga. - The hunt is on for an accused serial burglar who is believed to be armed and dangerous.

Police say since November, 31-year-old John Shillibeer has broken into several dozen cars and stole at least six vehicles in multiple counties, including the city of Rome.

Officers say they've recovered sunglasses, flip-flops, and even a suit – just a few of the hundreds of stolen items in the crime spree that spans the East Coast.

"Our investigators have been on the road a lot this week just beating the bushes trying to find this guy," Floyd County police Sgt. Chris Fincher said in front of a table covered in recovered goods. "And that's where all this has come from, some of the encampments and the stolen cars he's been in."

According to police, Shillibeer is responsible for crimes not only in Floyd County, but also in Polk and Bartow as well as the city of Rome.

Donald Phillips is one of the victims in the case after he parked his car outside of Bush Arbor Church to attend a service.

"I looked in my car and it was ransacked. I couldn't understand why everything was everywhere," Phillips said.

He says the thief made off with credits cards, cash, keys, and his pistol. His car was just one of those that was hit last Sunday. 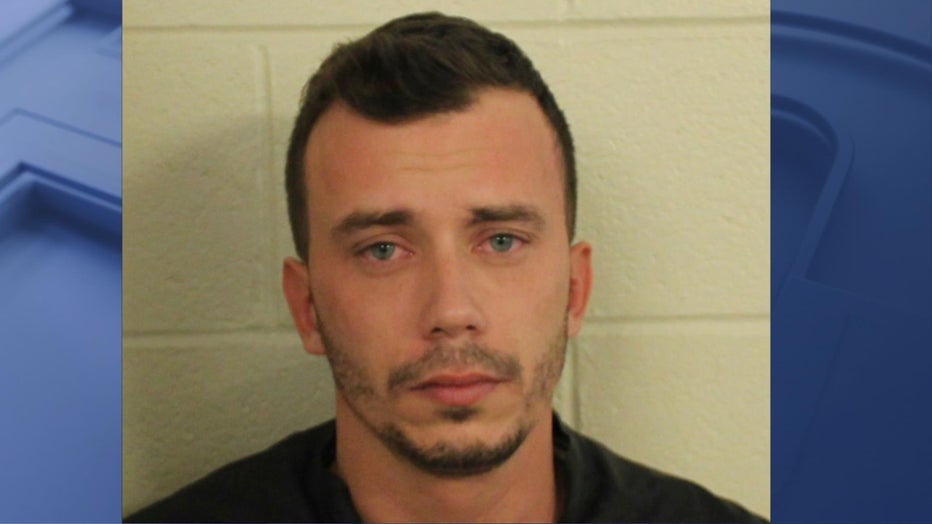 Police believe Shillibeer moves from one stolen car to another. They think he's now in a 2012 grey Honda Civil with possible dealer tags.

Shillibeer is described as being around 6 feet tall with a weight of 200 pounds. He has brown hair, blue eyes, and a tattoo sleeve on his left arm.

If you see him, officers say do not initiate contact because he is considered armed and dangerous.