ATLANTA - In an historic meeting Thursday, state lawmakers from both the Cobb and Fulton delgations gathered information about the plants emitting ethylene oxide across Georgia. 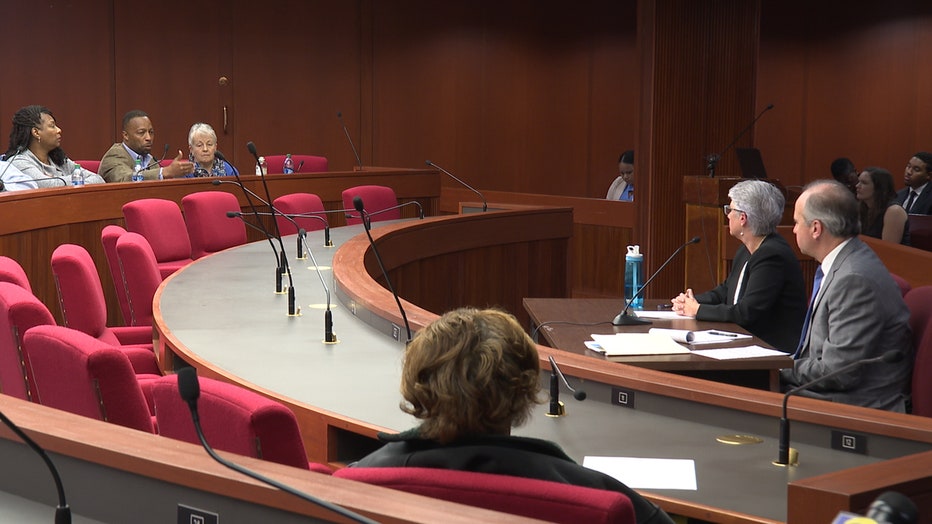 The meeting specifically focused on Sterigenics, a plant that sterilizes medical supplies in unincorporated Cobb County and what the Georgia Environmental Protection Division did when it learned the plant had exceeded state emissions standards for ETO.

"At what point do you feel that you have an obligation to notify the public that there may be a risk?" Asked one lawmaker of EPD officials.

"Sir, if we had to do this over again, we would notify the public much sooner than we did," responded Karen Hays, chief of EPD's Air Protection Branch.

Legislators also questioned whether Hays or others at EPD had been in contact with officials in Illinois where Sterigenics recently closed a similar facility.

"Have you talked to your counterparts in Illinois?" State Rep. Roger Bruce, D-Atlanta, asked.

Sterigenics President Phil MacNabb participated in the meeting and defended his company's practices.

Sterigenics has agreed to upgrade its emissions reduction systems at the Cobb County plant though right now it is shut down because of a permit issue with the county.

"There's definitely concern in the community," explained State Rep. David Wilkerson, D-Powder Springs, the chair of the Cobb delegation.  "So, our job is are there new laws needed to make sure that the EPD can do their jobs to make sure they're protecting the public?"

Lawmakers plan to hold similar meetings ahead of the start of the legislative session in January.