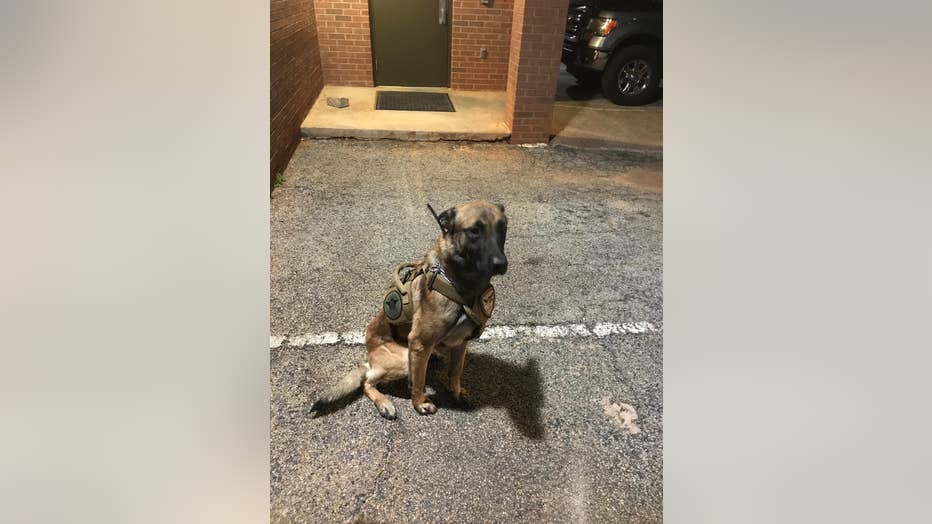 According to the Walton County Sheriff's Office, the search began after the GBI received information that the suspect may be in the Monroe area. Officials say the suspect was considered "armed and very dangerous."

Deputies were able to track the suspect to a home on 6th Street. That's when K-9 Officer ZOSO stepped in to help.

ZOSO discovered the suspect hiding under a bed and got him to come out and be brought into custody, officials said.

"Not sure if this is true or just a rumor, but there might have been a couple of bite marks on suspects backside," the Walton County Sheriff's Office wrote on Facebook.

ZOSO's actions have many people on Facebook thanking him for his hard work, with one person saying "you don't mess with ZOSO."