ATLANTA - As lawmakers head back to the State Capitol next week to begin the 2020 legislative session, they will have to think long and hard about how best to spend the state's shrinking budget.

"People that haven't been around a budget-cutting session are going to be in for a real surprise," House Speaker David Ralson, (R) Blue Ridge, told reporters at his annual pre-session media event.  "I think it's always appropriate to look at whether we need to be cautious." 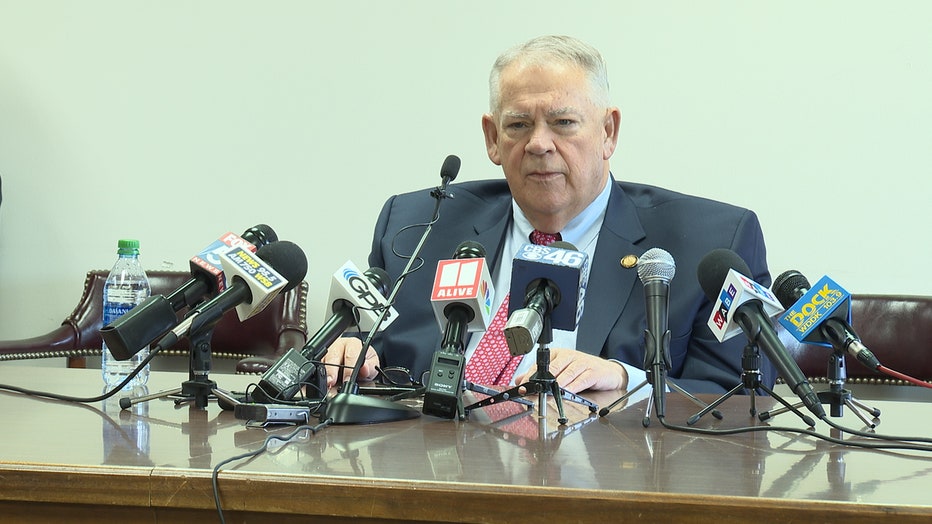 "Cautious" is how Ralston described Governor Brian Kemp's mandate that state agencies trim their budgets by six percent this year.  That is on top of a four percent reduction in last year's amended budget.

The Governor's request comes after some months of falling tax revenue in 2019 and his campaign promise to make state government smaller and more efficient.

"We have to have a balanced budget in our state," Governor Kemp said last week.  "Our revenue growth for a lot of different reasons has just been stagnant--not growing like it was.  So, we just don't have the pot of money there to fund some of the initiatives under this revenue that we're generating right now."

House Minority Leader Bob Trammell, (D) Luthersville, said democrats are on "high alert" headed into the session when it comes to budget cuts.

"The danger when it comes to tightening and cuts is that people with the leanest waste often get squeezed the tightest--meaning that Georgians who can least afford the cuts often bear the brunt of the cuts," said Trammell.  "So, that's certainly something we're going to have our eye on."

The call for cuts also comes at the same time lawmakers are supposed to consider another income tax cut for the state's highest earners, a promise they made back in 2018.

Speaker Ralston said he would like for the legislature to honor what he described as "a committment" to those taxpayers, though he acknowledged the budget cannot accomodate everything.