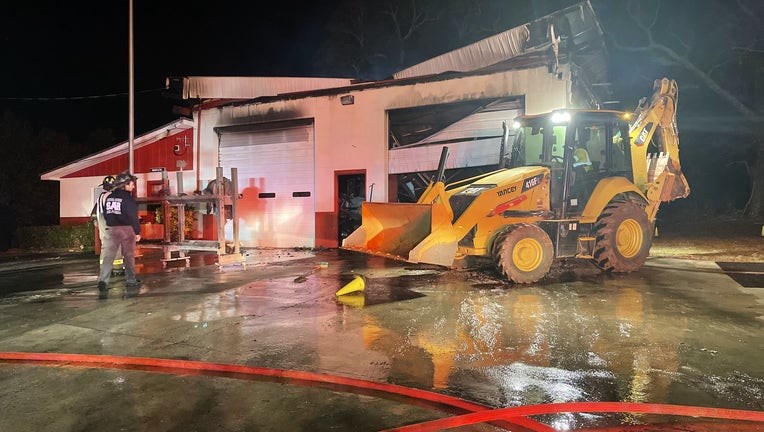 Monroe County Emergency Services said in a social media post that its station in Smarr caught fire and burned while no firefighters were present. A pumper truck that had been used to respond to an earlier call Saturday night was parked inside the station and was also severely damaged.

Officials said a 911 caller reported smoke coming from Station 10 at 11:04 p.m. Firefighters battled the fire until 2:30 a.m. on Sunday. Officials said the fire department will be monitoring the scene for at least the remainder of the weekend.

As firefighters battled the blaze, part of the roof collapsed. A fire battalion chief injured his knee and was taken to a local hospital with non-life-threatening injuries.

Firefighters fought the fire for more than three hours and continued monitoring for hotspots, the agency said. The Georgia state fire marshal is investigating the cause of the fire.

Smarr is about 20 miles northwest of Macon.