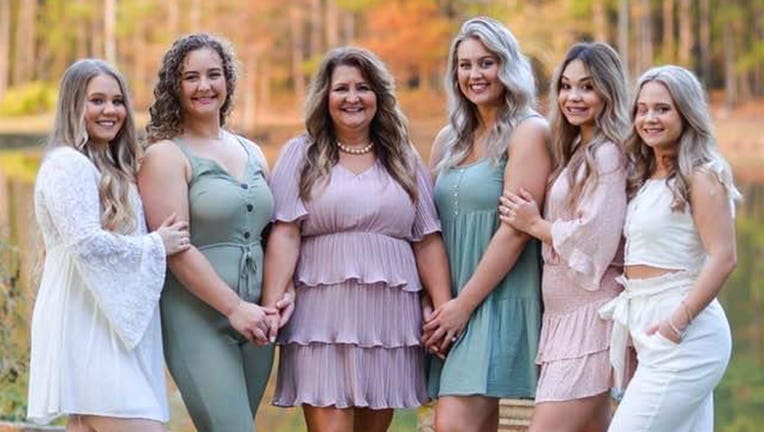 Linda Durrence (center) and her family are opening a free boutique to help children in need. Durrence is pictured with her daughters. (Courtesy of Paige Ewing)

GLENNVILLE, Ga. - A family in Georgia is opening a free boutique for children in need after adopting two girls from foster care.

The boutique, called Blossom, is scheduled to open this month – though it has already started helping families, according to founder Linda Durrence.

Durrence, 51, from Glennville, Georgia, told Fox News Digital that when Blossom opens, it will provide children in need with seven full sets of clothes and shoes for free. Families will be able to visit and get seven new sets of clothes every quarter for seasonal changes, or more frequently if a child has a major size change.

"We just want to be able to just be the hands and feet of Jesus," Durrence told Fox.

"We just want to make a difference in our community and our surrounding communities," she added.

Durrence said she came up with the idea for the boutique several years ago, after her family experienced loss. 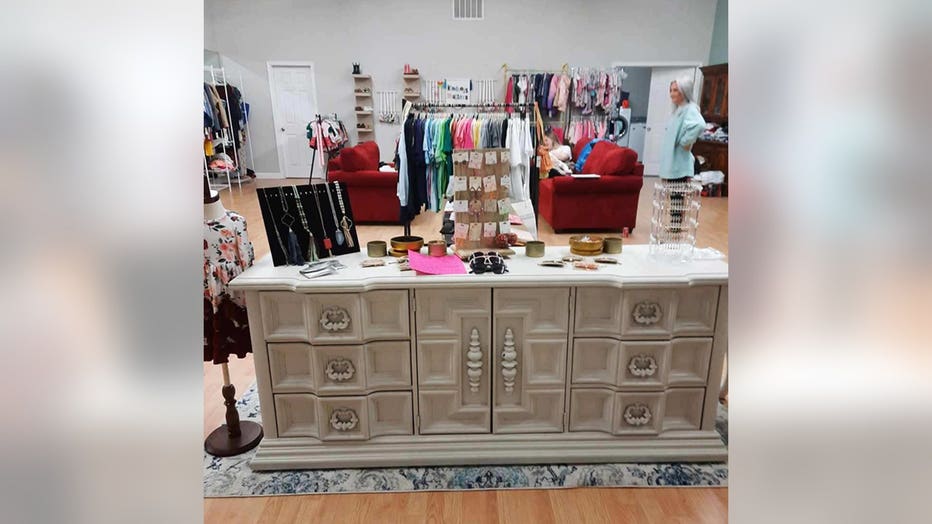 Durrence told Fox News Digital that she got the idea for the boutique after her family took in 2 foster daughters, who they later adopted. (Courtesy of Linda Durrence)

In December 2016, Durrence’s eldest daughter died in a car accident at the age of 27. After her death, Durrence, her husband and their two other daughters moved back to Glennville and started attending a local church.

Durrence’s daughters soon made friends with three sisters in foster care who were living with another family who attended the same church.

However, in 2018, the sisters were going to be separated and moved to other foster homes.

Durrence said her family decided to take in the two younger girls until they could be reunited with their grandparents in Florida. Meanwhile, the eldest sister had turned 18 and signed herself out of foster care. She chose not to go with the family, at first, Durrence said.

When the two younger sisters arrived at her home in September 2018 was when Durrence realized the girls had very few belongings.

"The first thing that broke my heart was that they came with a trash bag that wasn’t even halfway full with clothes that didn’t fit them," Durrence told Fox. "They had one hairbrush. They did each have a toothbrush, but they only had like a trial size thing of toothpaste. They had no shampoo, no conditioner, no nothing."

That weekend, Durrence said she and her husband took the girls shopping and got them everything they might need.

We just want other foster parents to know and foster children to know that the journey can be beautiful if everybody just pitches in and does a little bit.

Durrence said that as the girls settled into the family, she and her husband noticed positive changes.

"We watched them transition from a place of pure brokenness and they blossomed," Durrence said.

After a few months, the sisters were to be reunited with their grandparents, but when Durrence told them they would be going, they begged to stay, saying they were tired of moving around, Durrence said.

With the blessing from the grandparents, Durrence and her husband were able to adopt the girls in May 2019. Durrence said she and her entire family keep in close contact with the girls' grandparents. The girls’ older sister now lives close by, as well.

Even as the sisters became part of the family, Durrence said she kept thinking back to the trash bags they brought with them when they first moved in.

"It just kept staying on my mind," Durrence said, adding that though her family was "financially blessed" enough to be able to buy the girls everything they needed, some other foster families might not be able to do the same.

"What about the families that can’t go out and buy them what they need?" Durrence said. "Just the bare minimum, the necessities."

Durrence said she thought about starting a boutique for children in need for a few years until a space opened up in a small shopping center late last year. She said she bought it and started working on Blossom in the second week of January. The boutique relies on donations and has already had plenty of help, Durrence said.

Durrence said the name of the boutique came from the transformation of her adopted daughters.

"We watched them blossom and that’s where the name came from," Durrence said. "And what our hope is, is with Blossom, that it goes far beyond just kids coming to get clothes."

Even though they’ve barely started, Durrence said she already has her eye on a future addition to Blossom: an education center to help foster kids stay on track in school. The center would also give foster parents the tools they need to help their kids.

"We still have challenges along the way, but the journey has been beautiful," Durrence said of her adopted daughters. "We just want other foster parents to know and foster children to know that the journey can be beautiful if everybody just pitches in and does a little bit."

Get the latest updates to this story on Foxnews.com.