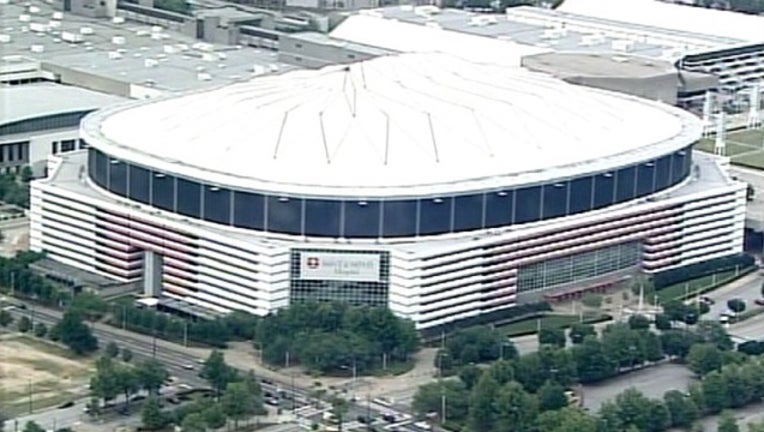 ATLANTA (AP) — The Georgia Dome in Atlanta is moving ever closer to the stadium graveyard, though demolition experts have yet to decide precisely how it will meet its demise.

Leaders of the team now building the Atlanta Falcons' new home — Mercedes-Benz Stadium — say they're close to choosing a demolition contractor for the Georgia Dome next-door to the new stadium site.

They say they expect to begin salvaging materials from the dome in March and to implode it by the fall of 2017. That would clear the way for parking for the Mercedes-Benz Stadium.

Plans for the dome's final days were discussed at a recent board meeting of the Georgia World Congress Authority.

The demolition of the dome will be completed before college football's national championship game comes to the new Falcons stadium in January 2018, according to the schedule outlined for the World Congress Authority's board.

"There's a couple different approaches that are being considered . most likely looking at either a single implosion or multiple implosions," said Wayne Wadsworth, principal in charge of Mercedes-Benz Stadium general contractor Holder Hunt Russell Moody.

"After we hire (the demolition) firm, we're going to work through a number of months of engineering . to figure out what is the most optimum way . to bring the Georgia Dome down," he added.

The final event currently scheduled for the Georgia Dome is a Monster Jam motorsports event on March 10, said the authority's executive director, Frank Poe. Preparations for demolition could begin shortly after that event.

Falcons owner Arthur Blank early this year announced the target date for completing Mercedes-Benz Stadium had been pushed back three months to June 1, 2017. The latest update the dome's demolition plans came as the Falcons reiterated confidence in the revised date for completing the new stadium.

"We would not take down the Dome or even begin to shut down the Dome unless we were certain of the completion date," Falcons President and CEO Rich McKay said. "We're very confident of that (June 1 date) now. If something were to happen along the way before March, we could obviously leave the Dome up (longer). That is not anticipated."

The goal is to have the Dome site available for parking and tailgating by the College Football Playoff championship game in the new stadium on Jan. 8, 2018, McKay said.