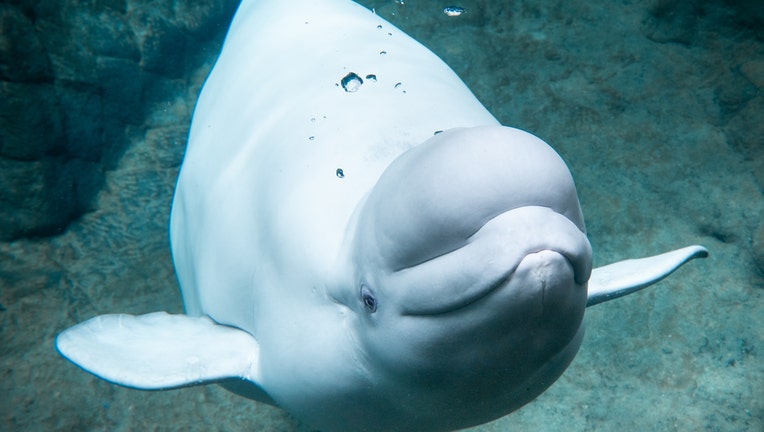 ATLANTA - The Georgia Aquarium made a solemn announcement on Monday.

A calf delivered by one of the aquarium's beluga whales, Qinu, did not survive birth.

Aquarium officials wrote the calf did not survive despite life-saving measures by the animal health and care teams.

Staff will focus on Qinu's recovery.

"The people that care for our animals are in pain," the post said. "The care they give these animals isn’t just a job – it’s everything to them and to us. Just as we give Qinu time to recuperate, we give our teams time to process their grief. This last year has been immensely difficult for all the staff at Georgia Aquarium, but we are forever grateful for your support and kindness. Our hearts are broken in a way we never thought imaginable, but the efforts were nothing less than remarkable."

This is the second time the whale unsuccessfully delivered a calf. The first, according to aquarium officials, was in 2017. Officials previously announced animal care staff were optimistic Qinu would have a healthy delivery this time.

Staff monitored Qinu around the clock leading up to the birth, keeping an eye on behaviors and respirations.

The aquarium provided updates on the whale's pregnancy throughout the term on social media.

The aquarium has four female belugas and one male: Whisper, Qinu, Maple, Shila and Imaq.