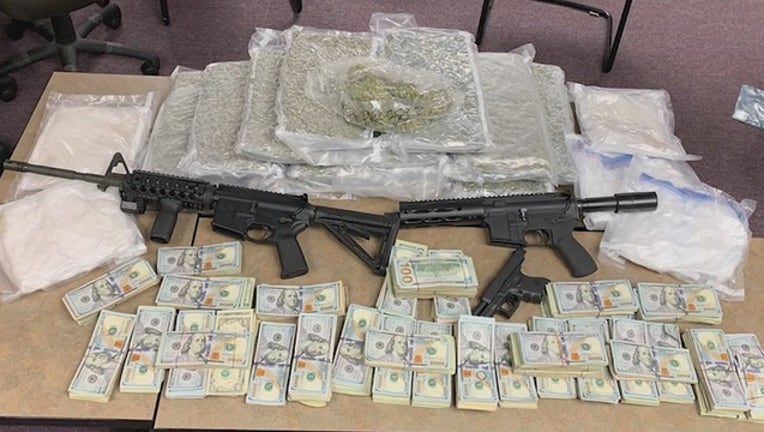 ATLANTA (FOX 5 Atlanta) - A self-proclaimed Alabama rapper and sports agent has been arrested after police say he threw $250,000 worth of methamphetamine off an apartment balcony during a raid in Atlanta.

According to the GBI, officers were searching the Atlanta home while investigating a ring smuggling contraband on domestic and international flights.

That's when they say Dark threw the drugs out of the high-rise window. Atlanta police later found the 5 kilograms of meth on a nearby street.

Dark was charged with trafficking methamphetamine and marijuana and possession of a firearm by a convicted felon.

Agents also arrested 33-year-old Atlanta resident Tiffany Peterson. She was charged with trafficking methamphetamine, trafficking marijuana, and possession of a firearm during the commission of a felony.

Authorities said they are anticipating additional arrests in the case.