GAINESVILLE, Ga. - A Gainesville police officer was recovering Tuesday being bitten while taking a suspect in custody late Monday evening.

Kenton Thompson, 31, of Gainesville, was arrested on charges of aggravated battery, possession of a controlled substance, possession of drug-related objects, and felony obstruction.

Gainesville police said Thompson was being taken into custody when he ran off. The unnamed officer chased the suspect. Police said the officer caught up to Thompson, who began to fight the officer and further resist arrest. 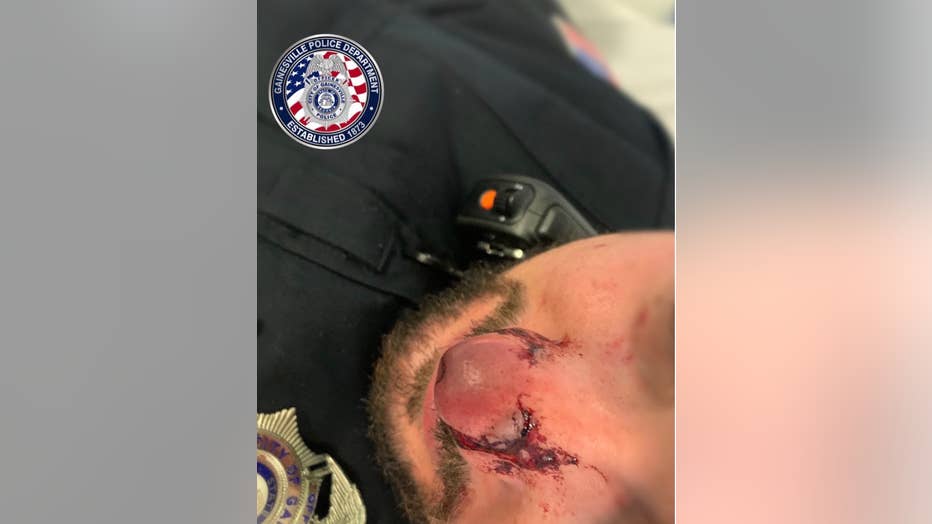 Gainesville police posted this photo of the bite injury an officer received during a scuffle with a suspect on the evening of June 29, 2020. (Gainesville Police Department)

During the struggle, police said Thompson bit the officer’s nose. They posted a photo of the Gainesville Police Department’s Facebook page. The photo showed broken skin where police say Thompson’s teeth made contact.

Thompson is being held at the Hall County jail.