Counties in Georgia are racing to finish the manual recount audit of the presidential election.

Gabriel Sterling, an elections official with the Secretary of State's office said the hand-counted audit accomplished what it's meant to do.

About 5,800 uncounted ballots were found in Floyd, Walton, Douglas, and Fayette counties. Some were not uploaded properly, while others were never counted in the first place. 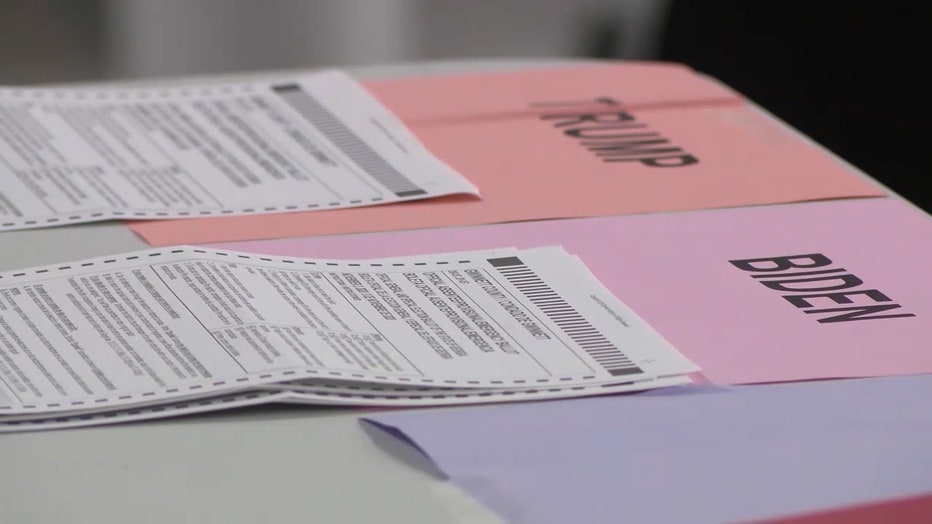 Those votes slightly narrow the gap between the candidates. Joe Biden now leading with 12,781 votes over the president.

"Well, the thing is, the process worked. We were able to find those votes and get them into the mix. They should have better faith in the system that the human beings did their jobs at the end of the day," Sterling said.

President Trump, however, has expressed his distrust in the process.

He tweeted on Wednesday:

"The Georgia recount is a joke and is being done UNDER PROTEST. Even though thousands of fraudulent votes have been found, the real number is in matching signatures. Governor must open up the unconstitutional Consent Decree and call in the Legislature!"

Supporters of the president have been expressing similar thoughts.

Nearly a hundred protestors took to the streets in front of the Georgia State Capitol on Wednesday afternoon, protesting the results of the election.

Sterling said, however, the Secretary of State's office stands by the results and the transparent process.

"[The President has] been misinformed on that front. The reason for the audit is the make sure every legal vote is counted," Sterling said.