SAN FRANCISCO - Funeral services were held Tuesday for a San Francisco firefighter and paramedic who died earlier this month from injuries sustained in a training accident.

A private celebration of Jason Cortez's life was held at Oracle Park. His casket was carried on the back of a fire engine.

"When I was with him, it felt like we were celebrating something," a friend said.

And it was a celebration of life, even though hearts were heavy. 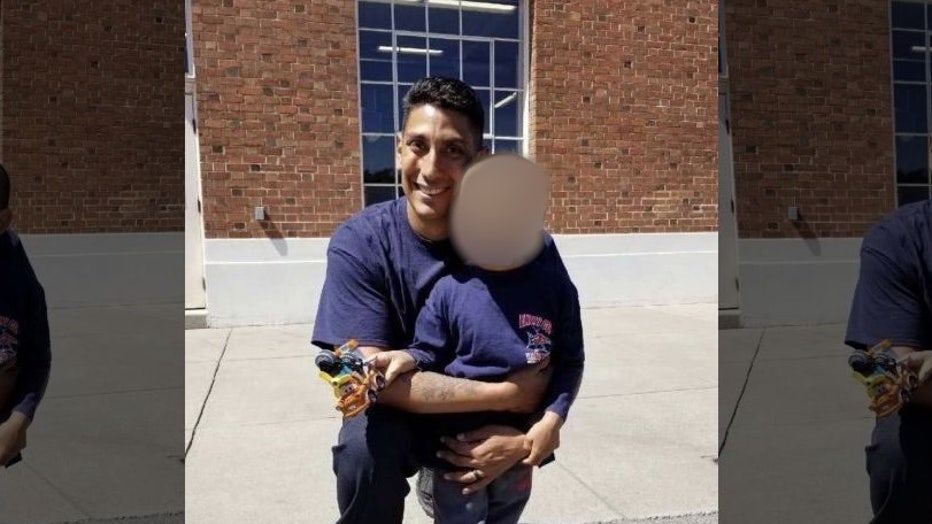 On Oct. 7, the 42-year-old Cortez was participating in a drill at the Division of Training at 19th and Folsom Streets. A water blast pushed him off the fire escape at training, and he fell, dying later at the hospital, a firefighter's report stated.

"Jay was an outstanding man, husband, father, son, brother and friend," a GoFundMe for him stated. "Jason was a compassionate paramedic and a skilled firefighter. He was especially known for always conducting himself with professionalism and integrity. He worked hard, was respected by his colleagues and loved by all."

Cortez joined the SFFD in June 2007. He first worked as an EMT and paramedic on the ambulance out of Station 49.

In 2015, he was hired into the 118th Fire Academy Recruit class, where he received his training in fire suppression. After completing his probationary year, he was assigned to engine company 25 in the Bayview district, not far from Potrero Hill, where he grew up.

"He immediately gained the respect of all the guys at the station," said Capt. Eric Leal. "He had a phenomenal work ethic. He provided great customer service."

His friends remember him as a phenomenal cook, noting he was the only person at the firehouse who knew what a "Bearnaise" sauce was and how to make it from scratch.

"He could cook," Leal said. "Boy, could Jason cook, and that goes a long way. He was a natural in the kitchen."

As a youth, Cortez attended Grace Cathedral and graduated from Sacred Heart Cathedral Prep. He then attended St. Mary's in Moraga, where he played D1 basketball.

"Jason was larger than life, and his loud infectious laughs was like a guttural force that came from his barreled chest," said firefighter Justin Davidson. "Listening to his laugh, couple with his toothy grin - and big ears - is one of the best parts of spending time with him."

Cortez's brother Gregory choked back emotion as he paid tribute.

Fire Chief Jeanine Nicholson had this message for Cortez's sons.

"Your dad loves you, and no one can ever take that away. He loved you to the moon and back, and now he loves you to the heavens and back."

His friends are hoping to raise money to benefit his widow, Patricia, and sons, Jackson and Greyson.

Cortez is also survived by his father, Gil - a retired San Francisco firefighter - and his wife, Nellie, his mother, Sonya and extended family.