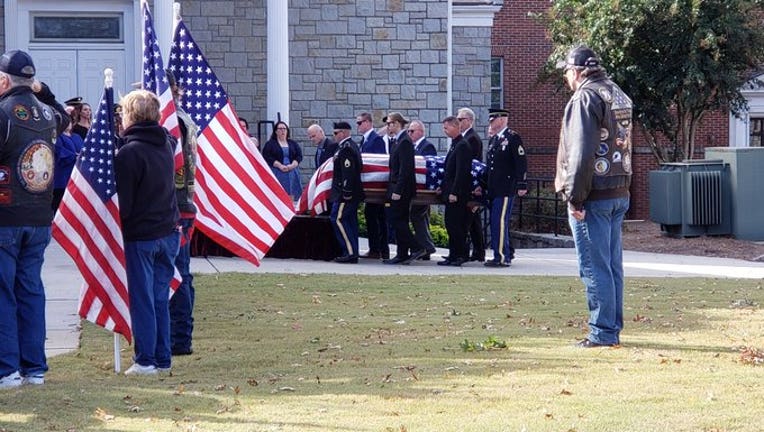 LOGANVILLE, Ga. - Loved ones gathered Friday inside a Gwinnett County church to honor a fallen Georgia soldier known as a "true American hero."

Army Master Sgt. Mark Allen passed away last Saturday, ten years after being shot while looking for a missing soldier in Afghanistan. He was 46.

Friday morning, people arrived at First Baptist Snellville to pay their respects. The service began at 11 a.m. with a procession scheduled afterward. The procession will go from the church to Corinth Memorial Gardens in Loganville, where Allen will be laid to rest.

Allen was unable to walk or speak since being shot in the head by a sniper in July 2009 during his attempted search for Army Sgt. Bowe Bergdahl, who walked off his base in Afghanistan and was imprisoned by the Taliban for five years.

The family received visitors Thursday afternoon during a visitation at the funeral home.

Allen is survived by his wife, Shannon, his son and daughter, a grandson, his parents, two brothers, and a sister-in-law.

The family asks in lieu of flowers to donate to The Independence Fund, Folds Of Honor, or to Semper Fi Fund in his honor.