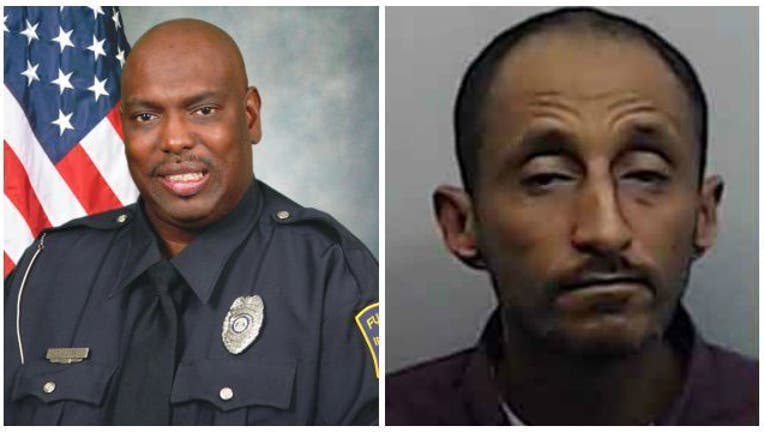 Investigators said Detective Terence Avery Green was shot in the back of the head just after midnight on March 4 after he and other officers responded to “shots fired” calls from neighbors in a Fairburn subdivision.

Police said the suspect, Amanuel Menghesha, went on a rampage in his neighborhood, allegedly firing an AK-47 into people’s homes. Police fired back at him, injuring the suspect.

Menghesha is charged with murder, possession of a firearm and aggravated assault of a police officer after he allegedly shot Green.

Thousands of law enforcement officers from all over the country paid their respects for Detective Green following the shooting.

Green grew up in the Atlanta area. He studied criminal justice at Morris Brown and his only law enforcement post was for Fulton County. He served 22 years.

Green was a father of four adult sons and was engaged.