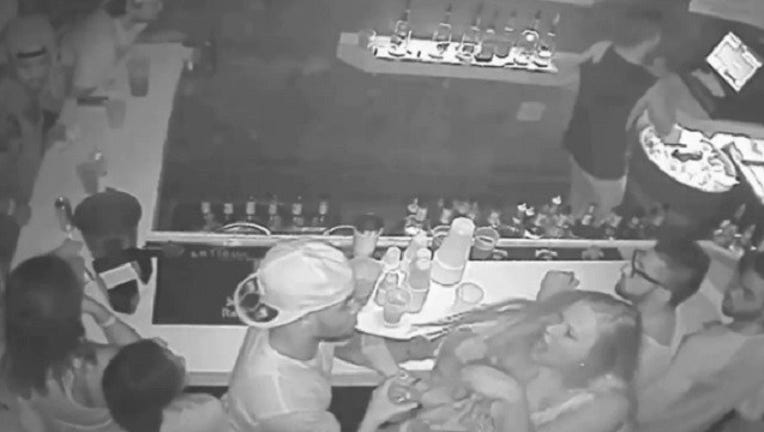 TALLAHASSEE, Fla. (AP) - Florida State has dismissed freshman quarterback De'Andre Johnson from the team on the same day that prosecutors released video showing him punching a woman at a bar.

In a statement Monday, coach Jimbo Fisher announced Johnson's immediate dismissal. The quarterback had been suspended after the June 24 assault.

In the security camera video released by the State Attorney's Office, it appears the woman and Johnson were trying to get a position at the bar, and Johnson jostled her.

The woman raises a fist and shouts at Johnson before he grabs her fist and holds it down. She then raises her other hand and swings. It's not clear whether she made contact, but Johnson responds by punching her in the face while still grabbing her other hand. She staggers, and her nose begins bleeding.

Johnson has been charged with misdemeanor battery.