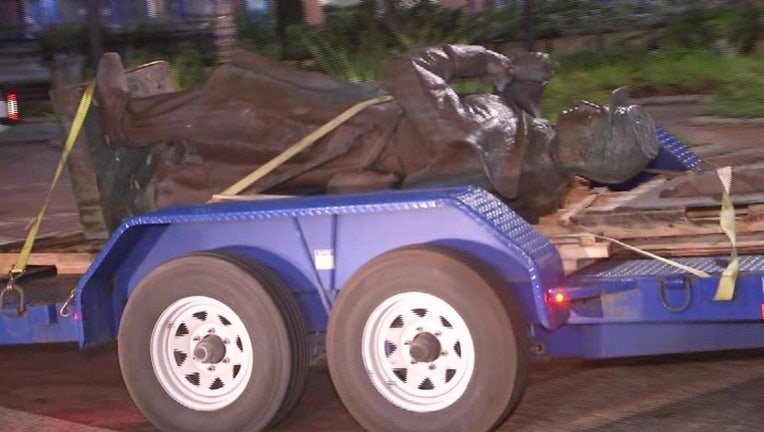 JACKSONVILLE, Fla. - A Florida city is removing all Confederate monuments in the region in the wake of Black Lives Matter protests spurred in part by the police death of Minnesota man George Floyd, officials announced Tuesday.

Jacksonville Mayor Lenny Curry, a Republican, said Tuesday morning a statue in local Hemming Park had been removed hours earlier, and was the first of the city's Confederate monuments that would be taken down.

“The Confederate monument is gone, and the others in this city will be removed as well,” Curry said outside City Hall. “We hear your voices. We have heard your voices.” 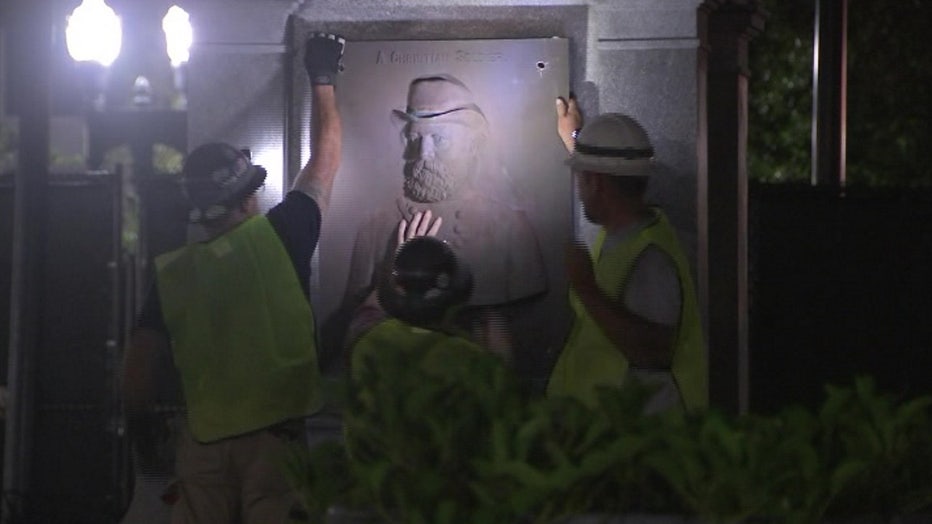 Curry, who was joined by Jacksonville Jaguars running back Leonard Fournette, also announced he would be introducing legislation to increase collaboration between city agencies.

The 62-foot-tall statue in Hemming Park, titled, “To the Soldiers of Florida,” had been in place since 1898, according to the Florida Public Archaeology Network.

There are at least three other Confederate monuments in Jacksonville, according to the network, such as Camp Captain Mooney Cemetery, which was established in 1864 and owned by the United Daughters of the Confederacy. Another, located within “Confederate Park" and named “Women of the Southland,” was splattered with red paint over the weekend.

The long-running debate over whether Confederate monuments are appropriate in public spaces intensified after white supremacists converged on Charlottesville in 2017, in part to protest the city’s attempt to move a statue of Confederate Gen. Robert E. Lee. It gained momentum in recent weeks amid protests prompted in part by the death of 46-year-old Floyd. Floyd, a black man, died in police custody after a white officer pressed a knee on his neck for more than eight minutes.

Some who want to preserve Confederate monuments say they are works of art and say their removal would amount to erasing history. Critics say they inappropriately glorify a legacy of racism and slavery.