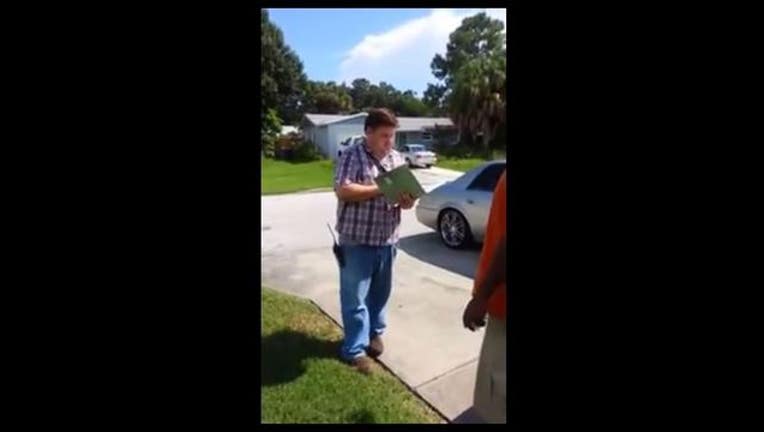 A bizarre, viral video shows a man who claims to be a neighborhood council official telling a resident that his barbecue smoke isn't allowed to leave his property.

The footage shows the unidentified male resident arguing with the official, who showed up at his house in Pinellas County, Florida.

The resident, who couldn't believe what he was hearing, told the official that most residents on the street "cook out" and that it's only a barbecue.

The official, who is holding a clipboard, stated, "I can smell it, I can smell it again right now, but I'm on your property."

He alluded to the fact that one of the man's neighbors had complained about the smell of the meat coming from the backyard.

"You're allowed to have it smell on your property, so that doesn't count, but when I'm on the street, that's when it counts," the official added.

He finished up the conversation by telling the resident that barbecue smoke cannot cross property lines, citing a county rule.

"Commercial barbecue cookers are not exempt from causing a nuisance odor," theenvironmental section of the Pinellas County website states. "If a sufficient number of complaints, representing different households, are reported and an Inspector witnesses the problem, they can issue a Warning Letter."