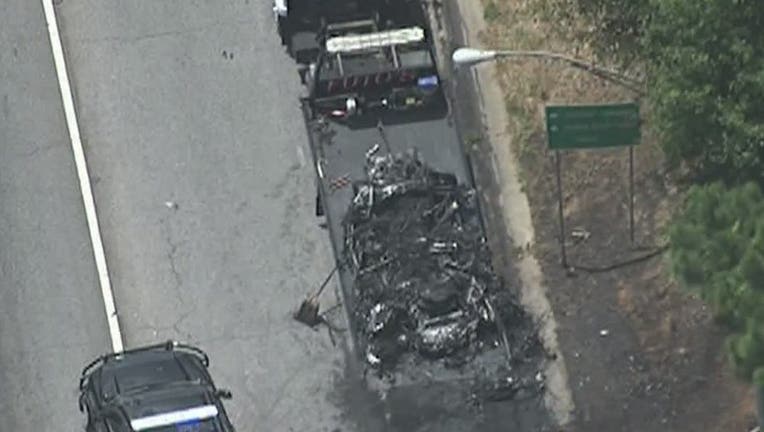 SKYFOX 5 flew over I-75 SB near West Pace Ferry Road where a car that caught fire snarled traffic for hours on the afternoon of June 30, 2020. (FOX 5)

ATLANTA - Firefighters worked quickly to prevent the spread of a woods fire that was sparked by a car blaze on the side of a busy intersection.

It happened Tuesday afternoon along Interstate 75 southbound near the exit ramp to West Paces Ferry. SKYFOX 5 flew over the scene and spotted heavy backup along the normally busy highway as a result of the firefighting efforts.

A car that had pulled over into the emergency lane of the highway caught fire. That blaze spread to the nearby woods. Fire crews were able to contain the fire before it spread any further.

All lanes were blocked for about an hour while firefighters extinguished the blaze. A flatbed tow truck was bought in to remove the charred remains of the vehicle. The highway has since reopened.