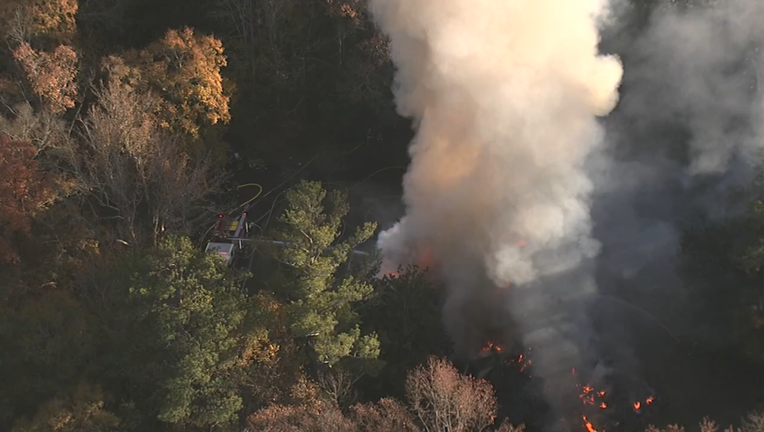 COBB COUNTY, Ga. - Firefighters in Cobb County said a massive house fire either in or around the garage on Monday afternoon.

It happened a little before 3 p.m. in the 4000 Woodland Brooke. Cobb County firefighters arrived to find a two-story home fully engulfed in flames. Initial reports stated the fire started in a vehicle and spread to the home, but that was later clarified by emergency officials.

A full alarm was struck with several additional units responding to assist.

SKYFOX 5 flew over the scene a little after 4 p.m. and saw flames shooting up about 30 feet into the air. Firefighters were battling the blaze from the outside.

Firefighters said the house received serious damage with a partial collapse of the structure.

There were no reports of injuries to firefighters or residents, but a small family dog is believed to have died in the fire. The dog’s remains have not yet been found.

Fire investigators were on the scene well into the evening trying to determine the cause.