The Forsyth County Fire Department responded to the call around 4:45 a.m. at "The Little Village" on Dahlonega Highway. When crews arrived, they found flames shooting from the roof.

"It's just so hard to see it like this when I worked so hard," says Barbara Thompson, owner of the plaza. 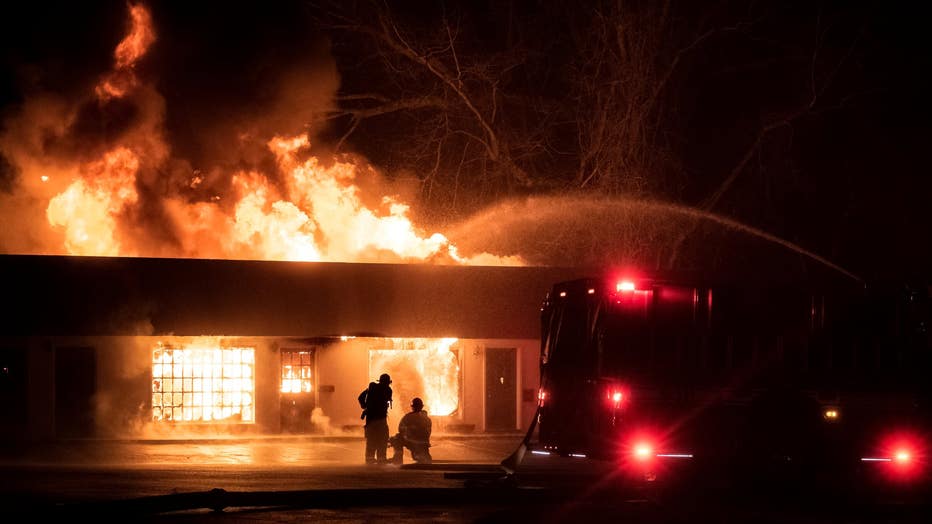 Thompson told FOX 5 she opened the small shopping center in 1972. She and her late-husband built it on land where his childhome stood. Thompson's salon, The Barbara Shoppe, served as the heart and soul of the plaza.

"My shop has been here for mothers that brought their daughters the first time," says Thompson. "Then, those daughters grew up and brought their children for their first haircuts."

The building was empty at the time of the fire, according to investigators. It could take several days, if not longer, to determine a cause.

FOX 5 spoke with the owner His Rock Music by phone. The record shop was set to open in "The Little Villiage" on January 25. The store's owner did not have insurance.

Prior to opening her salon, Thompson provided hair services out of her home. She's hopeful others will be inspired by her vision.

"If you build a dream and you really say I'm gonna do it and I'm gonna get it done, you gotta do it, stick to it, don't quit and don't give up."