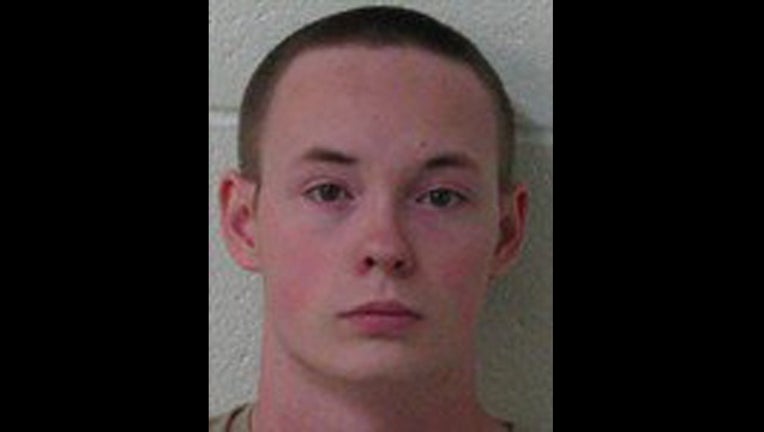 PITTSBURGH (AP) — A Georgia man accused of carrying a stolen gun and ammunition into a Pennsylvania movie theater is now facing a federal charge.

A federal grand jury in Pittsburgh indicted William Dakotah Gossett, of Covington, Georgia, on a count of violating federal firearms laws by having a gun despite his conviction on identity theft fraud in Georgia last year. The crime carries up to 10 years in prison.

Gossett was arrested by Center Township police on a charge of receiving stolen property — a .25-caliber Phoenix Arms pistol that had been reported stolen in Ohio — and carrying it without a license. Gossett, who remained jailed Wednesday, was scheduled for a preliminary hearing on those state charges on Thursday.

State and federal authorities have stopped short of accusing him of having plans to attack the theater, but Beaver County District Attorney David Lozier said that's being investigated.

The suspect's father, Kyle Gossett, told The Associated Press on Wednesday that such concerns are overblown.

"I think they're carrying this way too far," Gossett said by phone from his home in Covington. "I just think this has gotten blown way out of proportion from what it wasn't."

Gossett's parents have told the AP and other media outlets that they were concerned about their son's violent tendencies. Kyle Gossett has said they pleaded with a judge in Georgia to give his son more than probation when he got in trouble as a juvenile. He also said they got a judge to order a mental evaluation, but that turned up nothing and his son was released.

Lisa Fox, the boy's mother and Kyle Gossett's ex-wife, has told reporters that she got a restraining order against her son because of his violence.

But Kyle Gossett said that doesn't mean he thinks his son planned to commit violence at the movie theater. Gossett said the family hasn't been able to afford to hire a defense attorney and that he hasn't yet spoken with his son, who goes by his middle name, Dakotah.

"But I know my son, and I know that was not the intentions he had," Gossett said.

Asked to describe the violence that the couple mentioned to reporters last week, Gossett called them "simple things" such as fighting in school and "arguing with us."

Gossett said his ex-wife got the restraining order after their son chased his sister with a pair of scissors.

"We look at that on a whole different level down here than they're making it up there," Gossett said. "Yes, he's had problems and all, but not problem enough to go off and kill someone."

The FBI was continuing to trace Dakotah Gossett's travels through Tennessee, Kentucky, Ohio and into Pennsylvania. His parents have said they don't know how he got to Pennsylvania, that he hadn't contacted them and that he unfriended them on Facebook before he left Georgia.

Gossett was arrested after police saw him walking around in long-sleeved military fatigues and carrying a large bag into the theater on a 90-degree day.

The bag contained the .25-caliber handgun that police said had been stolen in Columbiana, Ohio; ammunition; a knife; a bandanna; a surgical mask; and a note that authorities haven't described.