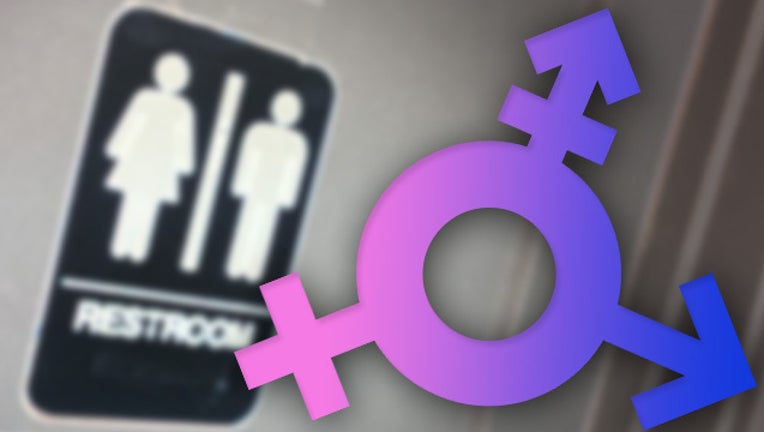 WASHINGTON (AP) - The Trump administration proposed Friday to roll back Obama-era discrimination protections for transgender people in health care, a move LGBT groups warn will unleash a wave of discrimination.

The Health and Human Services Department released a proposed regulation that in effect says "gender identity" is not protected under federal laws that prohibit discrimination in health care.

It is part of a backdrop of administration actions to limit or move back some of the new recognition for LGBT people, in areas ranging from military service to housing.

Friday's action had been long-expected by activists on both sides of the nation's social issues divide. Trump's religious conservative base has argued that the Obama administration stretched the meaning of "sex discrimination" when it included gender identity as a protected class. Civil rights and LGBT groups say that view is logically and legally flawed.

The rule is unlikely to have immediate consequences beyond the realm of political debate. It faces a 60-comment period and another layer of review before it can be finalized. Court challenges are expected.

"Despite the goals of this White House...courts have been clear for decades that prohibitions on sex discrimination encompass discrimination against transgender individuals," said Louise Melling, deputy legal director with the American Civil Liberties Union. Her organization, she added, will see the administration in court.

Melling said the impact of the proposed rule goes beyond transgender people and could also subject women to discrimination for seeking an abortion. The proposal would remove "termination of pregnancy" as grounds for making a legal claim of discrimination.

HHS official Roger Severino told reporters that the administration is going back to the literal text of the ACA's anti-discrimination law to correct what it sees as an overly broad interpretation. Severino heads the HHS Office for Civil Rights, which is charged with enforcing anti-discrimination protections.

He pushed back on the charge that the rule would open the door to widespread discrimination, for example, when a transgender person seeks emergency room care after an auto accident. He said other laws protect individuals in such situations, adding that the administration is committed to making sure health care services are provided fairly to all.

Severino also said that the proposed rule does not come with a new definition of sex discrimination. Earlier, a leaked internal document suggested the administration was debating whether to issue an immutable definition of sex, as based on a person's genital organs at birth.

The Obama-era rule dates to a time when LGBT people gained political and social recognition. But a federal judge in Texas said the rule went too far by concluding that discrimination on the basis of gender identity is a form of sex discrimination, which is forbidden by civil rights laws.

Under the original rule, a hospital could be required to perform gender-transition procedures such as hysterectomies if the facility provided that kind of treatment for other medical conditions. The rule was meant to carry out the anti-discrimination section of the Affordable Care Act, which bars sex discrimination in health care but does not use the term "gender identity."

In the Texas case, a Catholic hospital system, several states and a Christian medical association argued that the rule went beyond the law as written and would coerce providers to act against their medical judgment and religious beliefs.