FORSYTH COUNTY, Ga. - You could say Dan O’Hara is a bit of a Peter Pan.

The Forsyth County resident retired two years ago ("I hate the word retired...my wife uses the term 'funemployed,’" he laughs), but says in reality, he’ll never fully grow up. So, it makes sense that when the pandemic hit and limited his chances to do volunteer work, he came up with an idea fit for a J. M. Barrie book.

"Usually, I actually go volunteer building schools and things like that, so I had a desire to build some things," O’Hara says. "I was running along the Halcyon Nature Trail and spotted this perfect little grotto that was fern-covered and green, and I said, ‘That's where we need to have a fairy village.’"

And that’s exactly what happened.

"The general idea is to use pinecones and sticks and rocks and whatever you find in the woods and try to keep it natural," he says. "Now, we do have quite a few unicorns that have shown up, and other things, so we don't discourage that.  But the general idea of fairy houses is you're supposed to make it out of standard things you find in nature."

O’Hara may have built and placed the village’s first fairy houses and gnome homes, but community members soon discovered the project and began to help it grow. 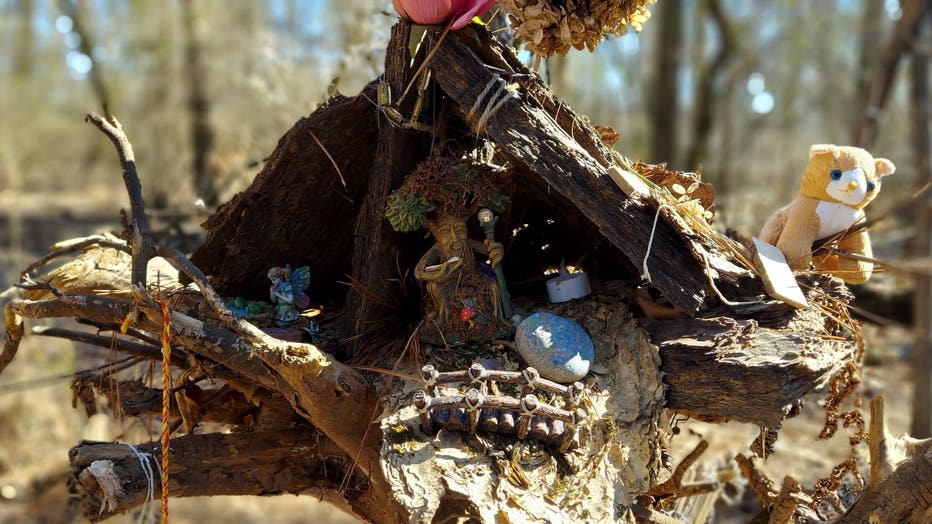 "I was out there yesterday, and I saw five new houses from three days ago, that I had never seen," he said. "So, I love to go out and just see what's popping up and how kids are making it.  It’s always an adventure even for me."

A community effort to create some magic; proving it does, indeed, take a village.