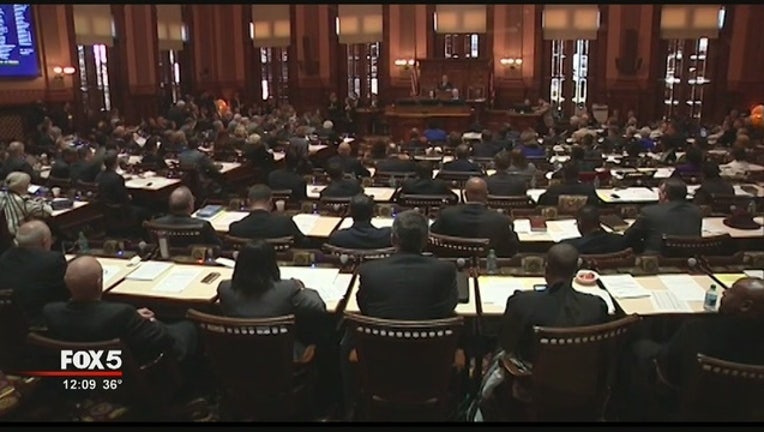 ATLANTA - Georgia lawmakers head into the final two weeks of the legislative session with a lot of unfinished business, including a state budget for the coming financial year.

The General Assembly plans to adjourn on March 30, with only five days of floor votes scheduled. Lawmakers generally agree on priorities for a $49 billion budget, including a 2 percent salary increase for teachers and $1 billion to finance construction projects around the state.

The Senate has control of a bill allowing concealed handguns on college campuses and a proposal giving the state more power to intervene in struggling schools. Both proposals could get a vote this week.

The House plans to vote Monday on a bill increasing regulation of treatment programs that use drugs such as methadone to treat opioid addicts.