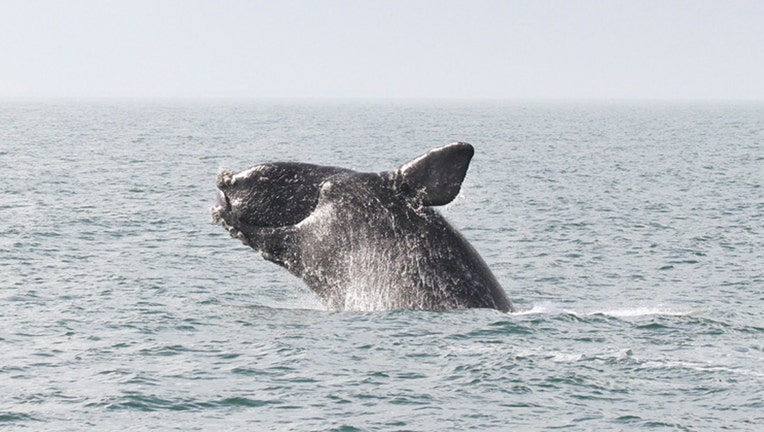 PORTLAND, Maine - An endangered species of whale that lives off the East Coast is having its best season for new babies in several years.

The North Atlantic right whale numbers only about 360, and it has been hindered in recent years by high mortality and low reproduction. Of those whales, less than a hundred are breeding females, according to NOAA Fisheries.

But this year, 18 newborn whales have been spotted, and that's the best since 2013, Maine Public reported. The calving season for the whales began in November and could continue through the month.

The North Atlantic right whale is one of the world's most endangered whale species. Although commercial whaling is no longer a threat, whales face dangers from ship strikes and entanglement in fishing gear.

"In recent years, we've recorded more deaths among adult females than males. There are now more males than females in the population, and that gap is widening," NOAA Fisheries says on its website. "Females, by going through the energetic stress of reproduction, are more susceptible than males to dying from entanglement or ship strike injuries."

North Atlantic right whales can grow to 52 feet and 70 tons. Scientists believe they could live as long as 70 years but don't because of threats. Instead, females live to about 45 and males to about 50.

"This is in large part because of human impacts like entanglements in fishing gear and collisions with vessels," NOAA Fisheries says. "These average lifespans are much lower than the 80-plus years documented in southern right whales, a similar species that occurs in the southern hemisphere."

NOAA ocean regulators are expected to issue new rules designed to protect the whales in the coming months. The rules will change the way fishermen harvest lobsters off the East Coast.

How can you help the efforts to protect and learn from these beautiful but endangered animals? Here are four ways, adapted from NOAA Fisheries: