Grand opening of Eminem's Mom's Spaghetti in Detroit is Wednesday

Anyone from Detroit knows the line: There's vomit on his sweater already, mom's spaghetti. The iconic line that started as a lyric before inspiring a pop-up pasta store will now have a brick-and-mortar location in downtown Detroit. It opens at 5 p.m.

DETROIT - It was an iconic line from one of Eminem's most famous songs. Now it's ready for purchase on Woodward Avenue.

Mom's Spaghetti, a restaurant that pays homage to the Detroit Rapper's song Lose Yourself, is opening in the city Wednesday. Commercials previewing the restaurant's grand unveiling have been playing on TV for about a week.

"Want some road pasta after the game?"

"What about the 'sghetti sandwich? Mom's got that too."

The restaurant will open at a brick-and-mortar location in downtown Detroit. The venue will be within the newly-opened Union Assembly at 2131 Woodward Avenue. Its grand opening is scheduled for 5 p.m. on Sept. 29. 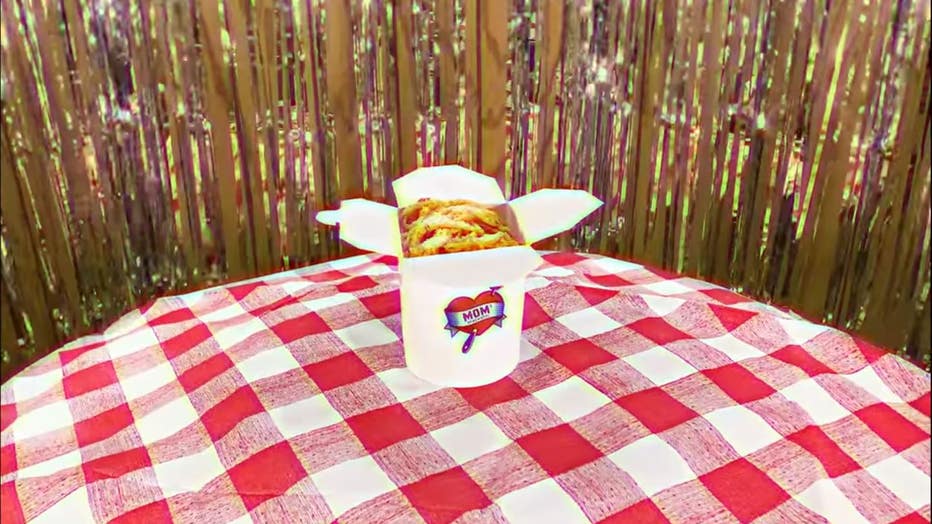 Already a concept for a pop-up restaurant at a shelter, the pasta shop has made intermittent appearances at various concerts and performances put on by Eminem. During the pandemic, Mom's Spaghetti was delivered to frontline caregivers at eight different hospitals. Those administering the COVID-19 vaccine at the TCF Center also got some.

"The previous pop-ups were really a test for us to determine whether there was enthusiasm for a regularly-occurring Mom’s Spaghetti spot that would be open all year long," said Paul Rosenberg, manager for Eminem. "We are really pleased to announce the arrival of the walk-up restaurant and adjacent upstairs store, called The Trailer, where fans can experience a uniquely-curated environment and obtain merch and other items from Eminem and his new pasta operation."