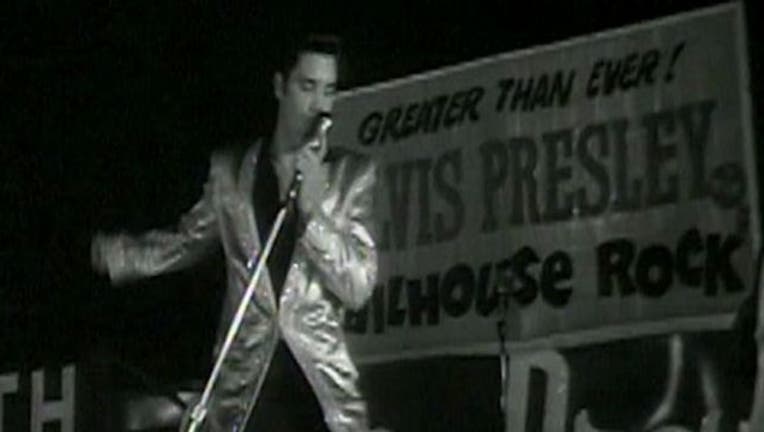 NASHVILLE, Tenn. (AP) — As a teenager growing up in the 1950s, Steve North would look for the pink Cadillac outside a stone house on the outskirts of Nashville. If the car was there, Elvis was in the building.

Elvis' old home-away-from-home is now on the brink of being torn down and replaced by a car wash. North has spent four years seeking a buyer who would preserve the building. In a city where real estate prices are booming, he found none willing to pay the market price while promising to keep the house intact.

It's a recurring cultural struggle in growing Nashville, where developers have sought to demolish quaint sites of music lore to build apartments and high-rises that accommodate the 80-plus people moving to the Tennessee city each day.

"Nashville hangs its hat on the fact that it's Music City, USA," said Robbie Jones, a board member with Historic Nashville Inc. "And if we keep tearing down our music landmarks, how much longer can we claim to be Music City, USA with a straight face?"

In 2014, RCA Studio A was slated for demolition on Music Row, near downtown Nashville, to make way for luxury condos. Musician Ben Folds, who rented the space for 12 years, led the charge to preserve it and a philanthropist ultimately bought the studio where Elvis, Willie Nelson, Waylon Jennings and others recorded.

Music Row has seen several music industry properties knocked down, and the district is perpetually on Historic Nashville's list of properties most in danger of demolition.

While growing up in his Madison neighborhood, North took for granted seeing music legends such as Elvis, Eddie Arnold, Ferlin Husky and more at the grocery store and elsewhere. He'd wave at Elvis in the yard. The king of rock 'n' roll would wave back.

Parker owned the home from 1953 to 1992, and whenever Elvis came to town to record music at Studio B on Music Row, he'd stay with the Colonel, according to Jones. Elvis had his main home in Memphis, Graceland, which has long been a major tourist attraction.

Parker is credited with landing Presley's $35,000 recording contract with RCA Victor in the mid-1950s and lining up such early TV appearances as "The Ed Sullivan Show." Parker died in 1997.

North bought the building for his law firm about two decades ago. In 2015, Historic Nashville put the building on its annual list of endangered historic properties because it was up for sale. North said he'd be heartbroken to see it knocked down, but he's exhausted his search. The building is set back on a mostly commercial strip between an auto parts store and a car repair garage.

North plans to sell off the artifacts inside: a wet bar in the basement, wrought-iron window security bars and doors, a black marble shower.

"All of a sudden, I've had a bunch of people say, 'Oh, you know, it'd be a shame to tear it down. Let's find a buyer,'" North said. "My comment is basically, 'Where were you the last four years when it's been on the market?'"

The car wash developer awaits a scheduled zoning hearing Thursday, and North said the project is likely to go forward regardless of whether it's granted several variances. Nashville Metro Councilman Anthony Davis wants the meeting delayed and a public meeting scheduled so the developer can talk with the community.

"If nothing else, deferring allows for the applicant to answer questions ... and it allows a little more time, in case there is a buyer out there that could possibly satisfy the community desire to preserve this building," Davis said.

And though North has already signed the contract, preservationists still hold out hope.

"Until the wrecking ball's out there actually knocking it down, we'll never give up," Jones said.