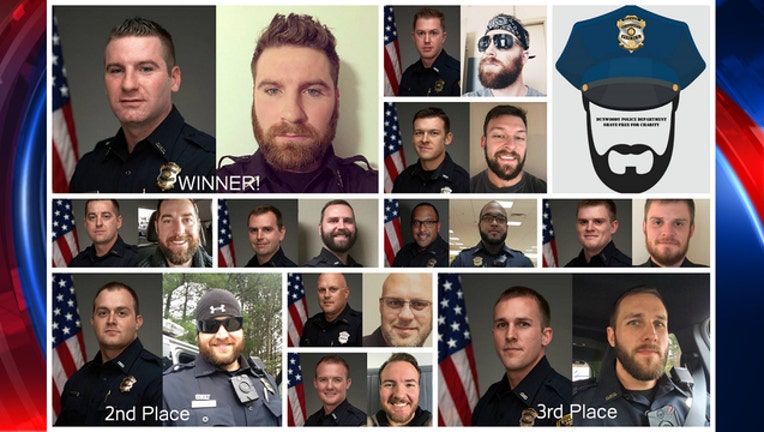 DUNWOODY, Ga. - A metro Atlanta police department got into a very hairy situation while raising money for a good cause.

Officers with the Dunwoody Police Department grew out their beards for charity and the only thing that was a close shave was the competition.

The officers spend November and December participating in the Shave-Free for Charity. The department asked the public in January to vote on the best officer beard by posting a reaction on their Facebook page under the officer’s photo.

The department also asked voters to also make a contribution to I Care Atlanta, which works to help feed and stabilize the homeless.

The winners were announced this week:

The event raised more than $3,675 for the charity. Those who didn’t get a chance to donate can still do so at gofundme.com/supporticareatlanta.