She was a victim of human trafficking and now she is working to ensure no one else has to go through anything similar.

DUNWOODY, Ga. - Tuesday was National Human Trafficking Awareness Day, and one metro Atlanta city is being recognized as a City of Freedom for taking action against trafficking.

The city of Dunwoody’s mayor just signed a proclamation urging its employees and the public to help protect victims.

Dunwoody Councilman Tom Lambert said this is a problem affecting every community and people need to understand the signs of what’s happening.

FOX 5 spoke with a survivor who said she was trafficked for nine months until she was able to escape, and years later, she's still healing from her traumatizing experience.

"It was him with a gun to my face, and he beat me for a long time, for hours," sex trafficking survivor Lisamarie Thomas explained.

Thomas said she was 19-year-old when a boyfriend forced her into sex trafficking in 2016 -- along with several other girls.

She had moved to Atlanta from Albany to start a singing career.

"When these things start happening, it wasn't just 'oh, I'm forcing you to do this.' It was violence. It was to the point where I had to fear for my life," she detailed. 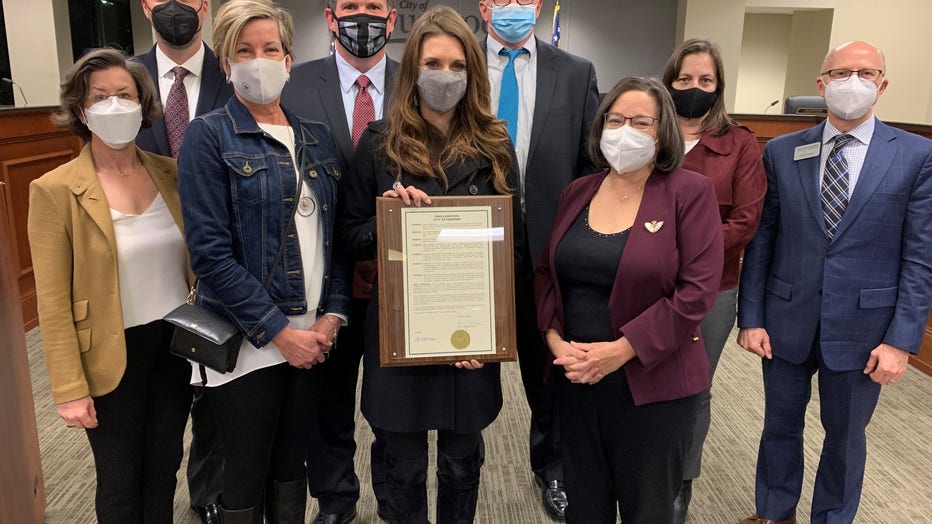 To prevent other people from experiencing a similar fate, the city of Dunwoody is actively targeting traffickers.

Back in October, the city council approved an ordinance to make sex sting operations at hotels more effective.

"The problem with trafficking is it's far more widespread than people think. It's in every community," Council Member Lambert detailed.

On Monday night, the city issued a proclamation urging city employees and residents to educate themselves on the signs of trafficking and identifying victims.

The proclamation makes available online training to the public…similar to what the Dunwoody Police Department uses.

"After I started to educate myself on trafficking and as the father of a teenage daughter, it really frightened me how easily people are lured into this as victims," Lambert described.

Because of this approach, he said Dunwoody is now only the second city in the nation to earn the City of Freedom seal from Safe House Project.

"It is a long healing process," Thomas detailed.

FOX 5 reported numerous arrests and operations related to human trafficking in the last year in metro Atlanta including some involving children.

Thomas is now a social activist and author sharing her journey to ensure other people avoid the lingering trauma she still battles.