Scientists in Australia used drone footage to get a more accurate count of nesting green turtles, which are an endangered species. They found a remarkable 64,000 turtles near the Great Barrier Reef.

The government of Queensland released the video Tuesday, noting the footage was taken in December 2019.

The video showed tens of thousands of green turtles around Raine Island "waiting to come ashore and lay clutches of eggs." The footage helped scientists count the number of green turtles that gathered to nest on the island, which government officials said is the largest rookery, or nesting place, in the world for the animals. 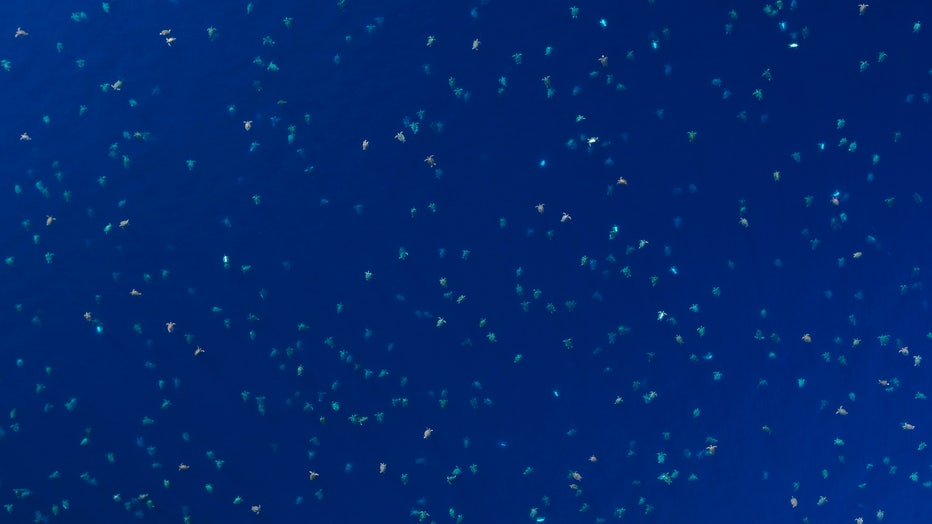 Lead researcher Dr. Andrew Dunstan said aerial footage, along with the use of non-toxic paint to mark the turtles, has been the “most efficient survey method” for counting the turtles. Previous methods, such as observation from boats, resulted in inaccuracies.

“When we compared drone counts to observer counts we found that we had underestimated the numbers in the past by a factor of 1.73,” said Biopixel Oceans Foundation researcher Richard Fitzpatrick, adding that the drones also allowed for the work to be completed more quickly.

In the press release, researchers said the 2019 total shows the largest population of green turtles since the start of the Raine Island Recovery Project.