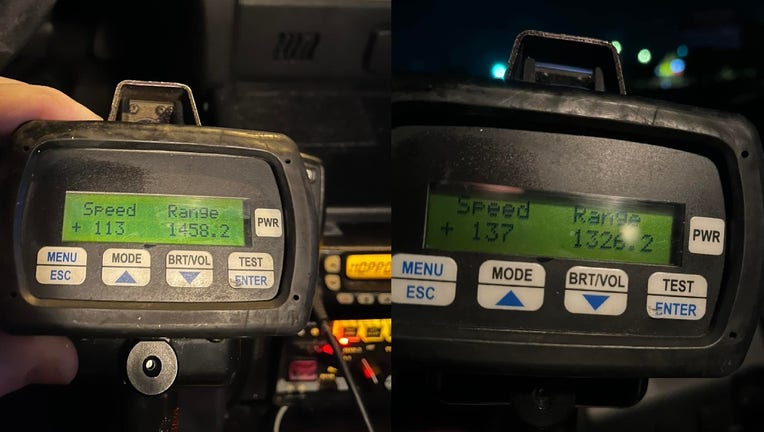 Officers say they recorded drivers going up to 137 miles per hour on I-75. (Morrow Police Department)

MORROW, Ga. - Police in Morrow are putting a stark warning on speeders following multiple arrests over the weekend on a Georgia interstate.

Officials say four separate violators were stopped traveling faster than 100 miles per hour. That included speeds of 105, 111, 126, and even 137 miles per hour.

A number of other violators were going over 90 miles per hour on the interstate, police said.

All the drivers were either cited or arrested.

Officials warned that driving those speeds could make even small mistakes into catastrophic errors.

"There is simply no excuse for driving like this, and our officers remain committed to deterring reckless driving - and to citing or arresting violators when we find them," the Morrow Police Department said in a statement.