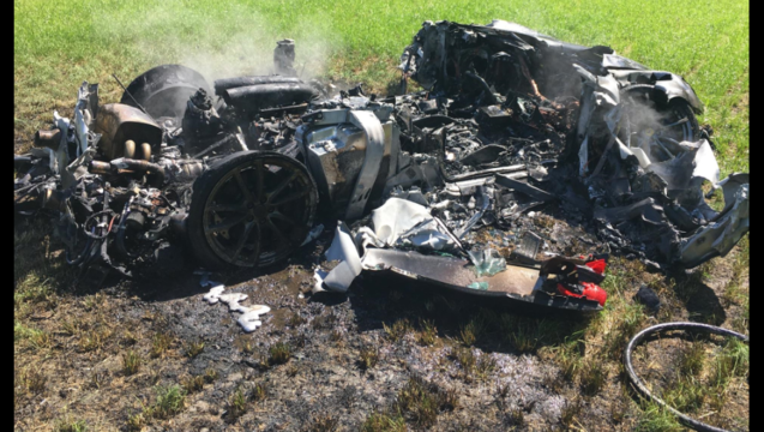 A driver in the UK crashed his luxury car just one hour after buying it.

According to the South Yorkshire Police, officers responded to the scene of a single car crash after reports that the driver had lost control and gone airborne before the car burst into flames.

Fire officials hosed the car down and officials say they were amazed to find the driver had only minor cuts and bruises.

Officers asked the driver what sort of car he had and he responded, "It was a Ferrari." He then added, "I've only just got it, picked it up an hour ago."

Police say after speaking to witnesses they don't believe speeding played a factor in the crash, though they say roads were wet at the time of the crash.