LOS ANGELES - A suspect, driving with two children, has been taken into custody after leading authorities on an hours long pursuit through Southern California.

Officers with the California Highway Patrol began the pursuit around 9 a.m. near Joshua Tree after the vehicle failed to pull over due to registration issues.

The suspect, driving a Lincoln Navigator, led officers on the 605, 91, 110 and 405 freeways. He sped through the areas of Wilmington, Pico Rivera, Long Beach and Torrance.

The suspect drove at high rates of speed on surface streets and blew through stop signs.

The pursuit came to an end once the driver pulled over into a residential area on North Wilmington Blvd.

SkyFOX above caught a teenager exiting the vehicle, a family member was seen running towards the vehicle and removed a child from the car. The kids are reported to be 13-years-old and 3-months-old. Their relationship status to the suspect is currently not known. 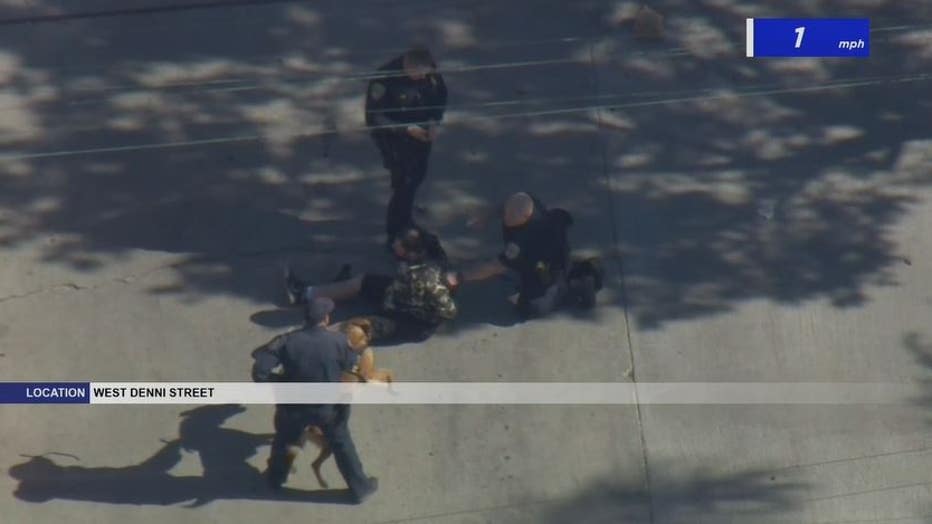 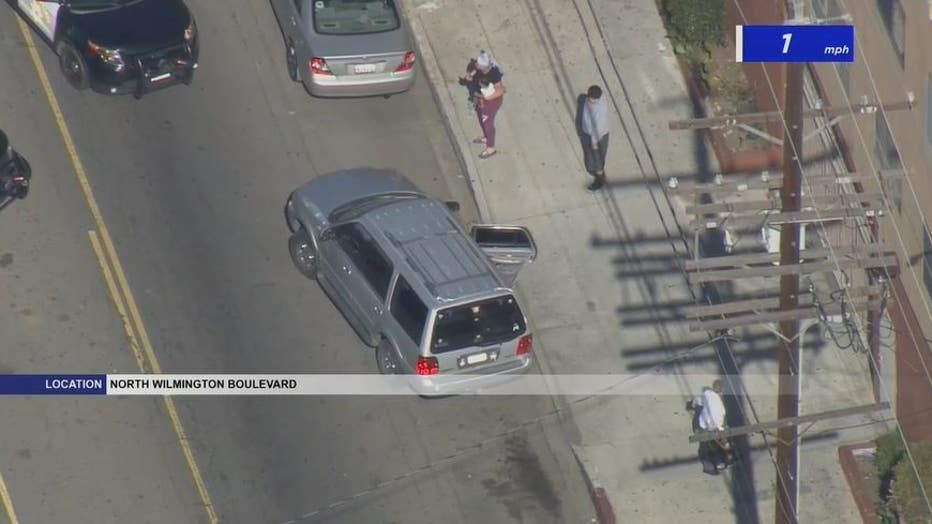 The suspect then fled on foot as an officer chased him down the alleyway. While chasing the suspect, an officer tripped over a small tree and fell. He quickly got up and continued the foot chase.

The suspect was eventually tackled by officers and was taken into custody.