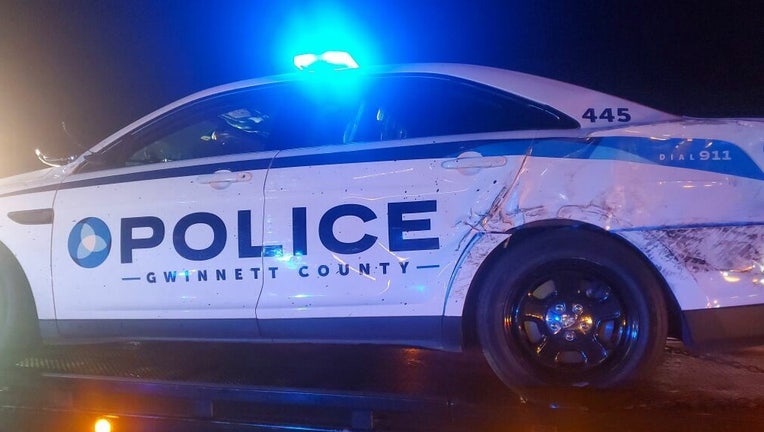 GWINNETT COUNTY, Ga. - Gwinnett County police said a driver smashed into two patrol cars early Saturday morning on Interstate 85. No officers were inside the cars police said, and no one reported any injuries.

Police said the cars were working a separate accident on the side of the road.

Police issued a reminder to drivers to heed the Move-Over Law, which requires drivers to change lanes when possible if there is an emergency vehicle with lights activated year the roadway.

If traffic is too heavy to change lanes, law requires drivers to slow down below the posted speed limit.